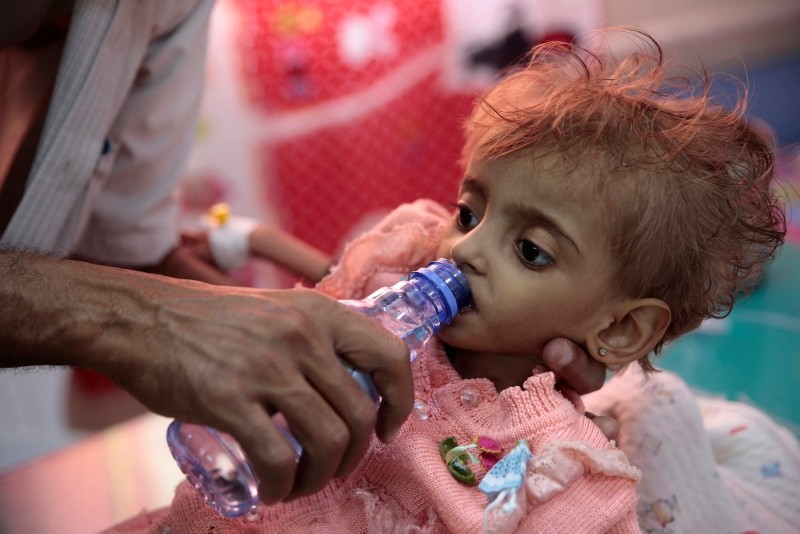 Speaking via Twitter, UNICEF warned that a chronic lack of access to water and health services was putting Yemeni children at risk of cholera, an infectious -- and often fatal -- bacterial disease.

According to UN figures, some 85,000 Yemeni children less than five years old have died of malnutrition since the conflict in Yemen began in 2015.

The conflict escalated in 2015 when Saudi Arabia and its Sunni-Arab allies launched a devastating air campaign in Yemen aimed at rolling back Houthi gains.

Nearly 10,000 people have been killed in Yemen since the Saudi-led intervention began, according to the World Health Organization, and 14 million people are at risk of starvation.

As the conflict enters its fourth year, about 14 million people in Yemen -- roughly half of the country's total population -- are at risk of starvation, the UN says.