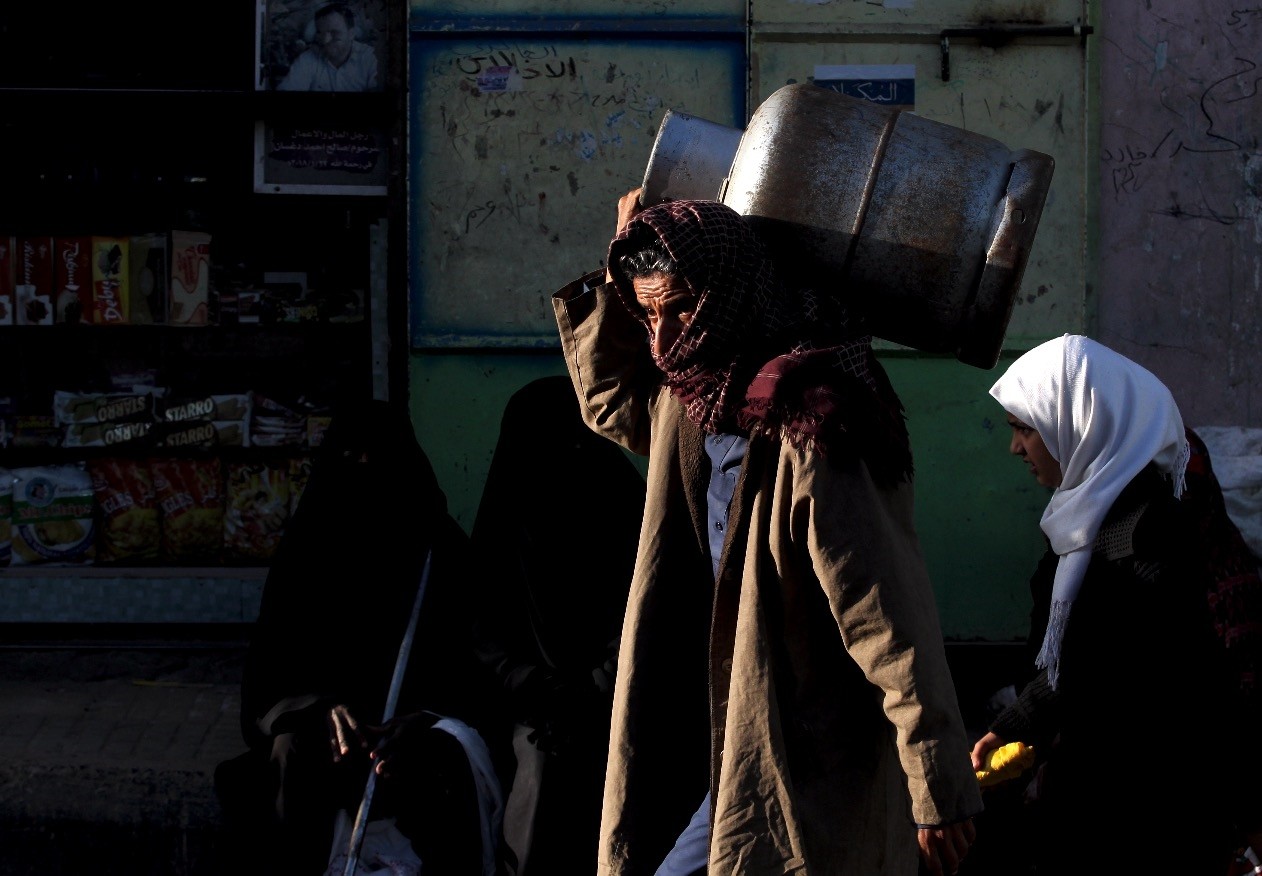 A Yemeni carries an empty cooking gas cylinder as he looks for gas supplies at a street amid increasing cooking gas shortages, Sanaa, Nov. 28.
by Compiled from Wire Services Dec 03, 2018 12:00 am

Amid intense international efforts to stop the Saudi-led military campaign and with expected peace talks in the works, the U.N. has warned over the deteriorating humanitarian crisis in Yemen

The United Nations aid chief Mark Lowcock warned that Yemen was "on the brink of a major catastrophe," as the world body pushes for peace talks in the impoverished and war-wracked country. His comments came after renewed deadly clashes between Houthi rebels and the Saudi-led coalition in the Red Sea port city of Hodeida, which is vital for the flow of humanitarian aid.

"Yemen is on the brink of a major catastrophe," Lowcock said, as he wrapped up a visit to the country. He said conditions had deteriorated alarmingly since his last visit in October 2017 to Yemen, which the United Nations has termed the world's worst humanitarian crisis.

"In Aden, I met emaciated children so malnourished they could barely open their eyes," Lowcock said in a statement. "Humanitarian assistance helps many of these children recover. But I also heard heartbreaking stories of children relapsing again and again because their families simply can't afford food or proper medical care," he said.

Lowcock reiterated the U.N.'s readiness to help ensure that the rebel-held Hodeida port, a key entry point for imports and aid, can remain open.

Yemen has been wracked by conflict since 2014, when the Shiite Houthi rebels overran much of the country. Crown Prince Mohammed bin Salman (MBS), the former defense minister, and Saudi Arabia's allies launched Operation Decisive Storm in March 2015. The outrage over the killing of journalist Jamal Khashoggi in Saudi Arabia's Consulate in Istanbul has increased scrutiny on Riyadh's role in conflicts in the region, potentially giving Western powers, which provide arms and intelligence to the Saudi-led coalition, greater impetus for action.Civilians have borne the brunt of the conflict, which has killed over 10,000 people and sparked the world's worst humanitarian crisis. U.N. agencies say that 14 million people are at risk of starvation in Yemen. In September, the Saudi-led coalition admitted that mistakes were made in an August airstrike that killed 40 children, an event considered an apparent war crime by the U.N. human rights body. Saudi Arabia's alleged human rights violations are not limited to that country but have expanded beyond its borders, since there is an endless war in Yemen.

Clashes on Friday in the east and south of Hodeida left 10 people dead, an official and medical sources told Agence France-Presse (AFP) on Saturday. Medical sources confirmed the bodies of eight rebels had been transferred to hospitals, and that two fighters with pro-government forces were also killed. Intermittent clashes continued on Saturday, Hodeida residents told AFP by phone.

The proposed peace talks have been backed by both the rebels and the Saudi-led government and were expected to take place in Sweden this week. U.N. Secretary-General Antonio Guterres, however, has played down the early December schedule and said he hoped talks would start "this year." Previous talks planned for September in Geneva failed to get underway as the Houthi delegation never left Yemen's rebel-held capital Sanaa, arguing that the United Nations could not guarantee their safe return. Lowcock said it was "not too late" to pull back Yemen from the brink but warned that more resources were needed. "Yemen is the world's largest humanitarian operation, but in 2019 it will need to be substantially bigger," he said.