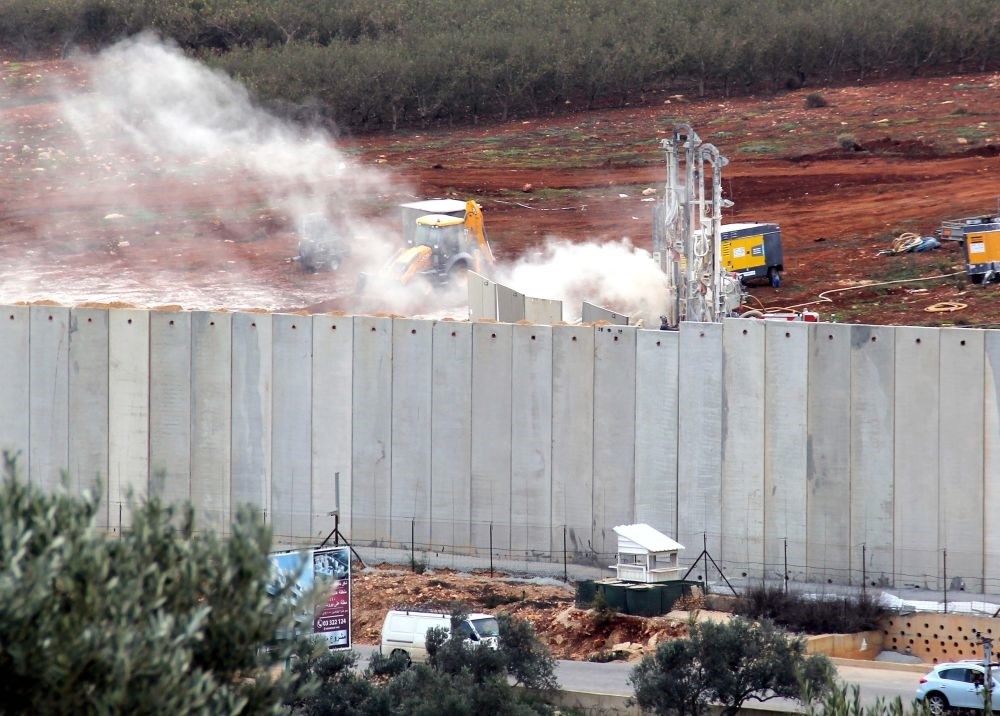 The Israeli army has declared that it carried out an operation on tunnels allegedly built by Hezbollah, the result of which heightened concerns about the already fragile stability in Lebanon

Israel and Hezbollah confronted each other once again because of tunnels that were once used by militants to allegedly infiltrate into Israel to carry out attacks. The tunnels were not operational, according to the Israeli Defense Forces (IDF), but had to be dealt with to "expose and thwart" the threat. Though the operation may not be significant enough to lead to a clash between the two, it does risk disrupting the already fragile situation.

Israel considers Hezbollah an extension of Iranian power and influence in the region and regards the resignation of Lebanese Prime Minister Saad Hariri as a move that will cause more instability along its border with Lebanon, which is under its occupation. Since the war in Syria broke out, Israel had been quietly carrying out airstrikes in Syria, mainly targeting the regime and Iranian bases. Israel has repeatedly claimed that Iran was building military bases near the Golan Heights and providing military equipment to the Lebanese-based Hezbollah, including the necessary materials to make nuclear weapons.

Although Israeli officials have not provided sufficient information about the tunnels, including their numbers, how many of them stretch into Israeli lands or what they had been used for, Lt. Col. Jonathan Conricus, a military spokesman for the Israeli army, said they see Hezbollah's activities as a flagrant and blatant violation of Israeli sovereignty. This activity is another example of the negative effects of Iranian entrenchment in the region. It was also reported that the Lebanese military was observing the country's border with Israel.

Iran and its ally Hezbollah, in contrast, seem more comfortable, delivering bravado-laden statements in which they claim that Israel will be devastated in the case of an eruption of a new war, as it did in 2006. Hezbollah also alleged that none its militants were hurt in the Israeli airstrikes in Syria last week. Meanwhile, Iran showed off by launching a new warship and testing a ballistic missile.

Israeli officials, primarily Israeli Prime Minister Benjamin Netanyahu, have long been delivering the message that an operation on Hezbollah would be carried out. The prime minister in September said they had spotted Hezbollah's active zones, where the group allegedly was converting "inaccurate projectiles." A few days ago, on a TV program, he also indicated that an operation was coming.

Lebanon has suffered from political deadlock since pro-Hezbollah parties won the race in the last election, after which forming a government became a difficult issue. Moreover, the ongoing war in Syria and the involvement of both the regional and international actors have worsened the situation in the country, undermining its fragile stability. Therefore, any move by Israel is considered dangerous on the grounds that it may lead to a new series of clashes.