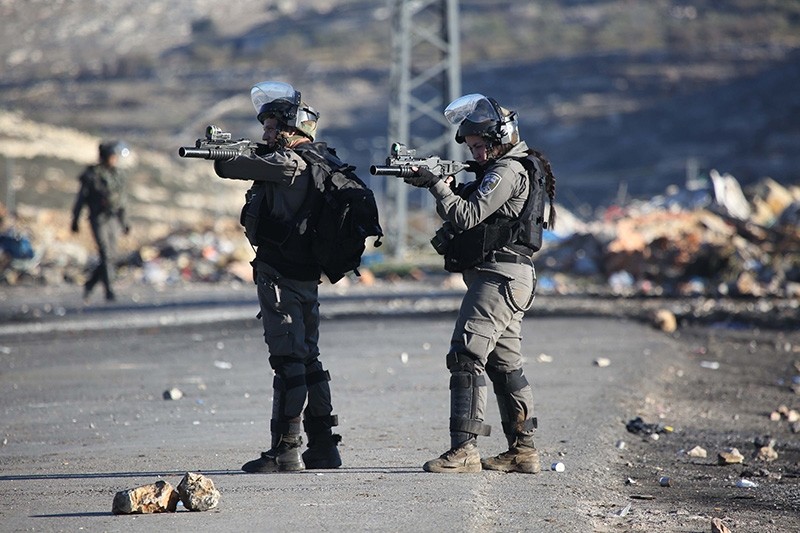 Israeli forces killed two Palestinians on Friday near the occupied West Bank city of Ramallah, according to the Palestinian Health Ministry.

Mahmoud Yousef, 18, and Mohammad Nahla, 16, were killed by Israeli troops during a demonstration near the Al-Jalazone refugee camp, north of Ramallah, said a ministry statement.

Both victims were shot in the abdomen with live ammunition and died from wounds at the Ramallah medical center.

The Palestinian rescue service the Red Crescent said at least 25 people had been injured in skirmishes in Ramallah, most of them due to tear gas.

Other Palestinian sources said 50 were injured at the Gaza border and others were hurt in Nablus and Hebron in the occupied West Bank.

The Israeli army said it had arrested 40 Palestinians in the West Bank and Jerusalem on Friday.

According to Israeli figures, some 650,000 settlers currently live on scores of Jewish-only settlements built in the West Bank and East Jerusalem in contravention of international law.

In a statement marking the 31st anniversary of its establishment, Hamas reiterated its call to achieve inter-Palestinian reconciliation "based on (Palestinian) national principles, the reform of the Palestine Liberation Organization, and our legitimate right to resist (Israel's) occupation."

Hamas also stressed the importance of implementing the terms of past reconciliation agreements with Fatah.

The movement went on to restate its continued rejection of any form of "normalization" with Israel, vowing to continue its resistance activities "by any means necessary."