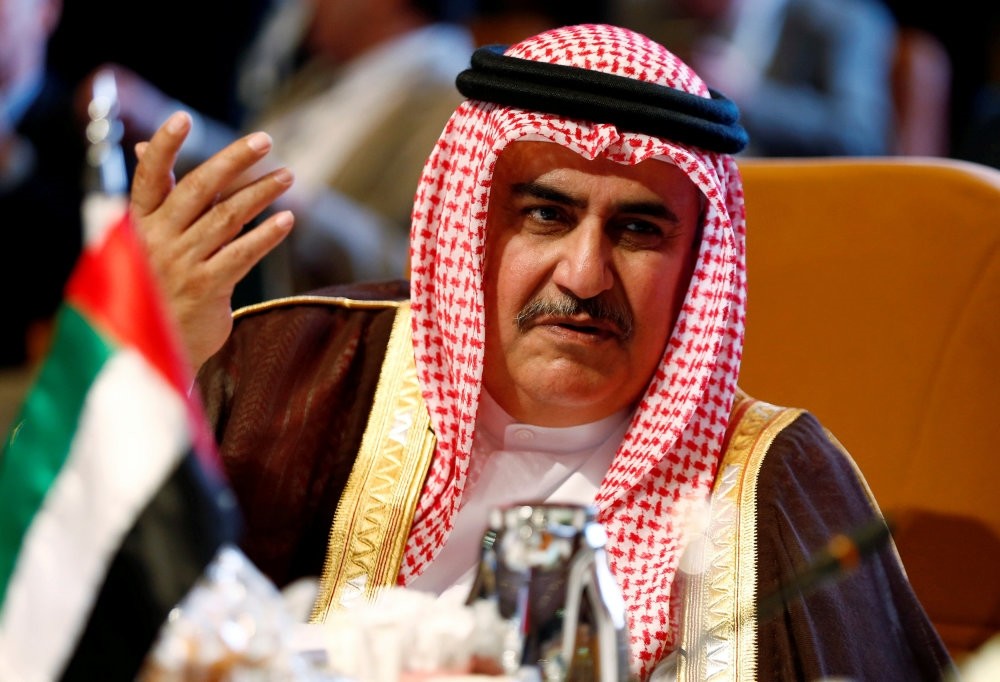 Following in the U.S.' footsteps, Australia recently announced that it would recognize west Jerusalem as Israel's capital. The decision disregards the internationally recognized fact that Jerusalem is under Israeli occupation. However, the move did not please either side – with Palestinians, naturally, slamming the country for violating international law and hampering the peace process and Israelis claiming that recognition must cover Jerusalem as a whole. Many other countries and international organizations have denounced the decision. That said, the more important response came from Bahrain, which said the decision should be welcomed as part of the peace process. The statement indicated that Israel's policy toward the Gulf has been fruitful.

Australia's government on Saturday, in opposition to its previous policies, said it would recognize west Jerusalem as Israel's capital but would not move its embassy immediately. The Arab League issued a statement, criticizing the decision as "blatantly biased toward the positions and policies of the Israeli occupation." Yet, Bahrain did not agree. Bahrain's Foreign Minister Khalid Al Khalifa said the statement was "mere rhetoric and irresponsible." In one of his tweets on Saturday, he said, "Australia's stance does not impact legitimate Palestinian demands, first among them being east Jerusalem as the capital of Palestine, and it does not contradict the Arab Peace Initiative."

At first glance, Bahrain's stance may seem surprising but after analyzing the latest developments and bilateral ties with Israel, it is understood that the minister's statements are the result of a process. For instance, in one of his previous statements, he said Israel had the right to defend itself against Iran. The anti-Iranian stance is the key common theme shared by Israel and the Gulf countries.

At the end of last month, Israeli media claimed that Israeli Prime Minister Benjamin Netanyahu was willing to establish diplomatic ties with Bahrain as part of his recent Gulf policy. As part of Israel's new policy, Netanyahu visited Oman last month, meeting Sultan Qaboos bin Said in Muscat. Accompanied by the head of Mossad, Netanyahu's visit was considered an overture toward the Gulf. Similarly, Israeli Culture and Sports Minister Miri Regev's visit to the United Arab Emirates (UAE) for a judo tournament in October demonstrated the country's new type of relations with the Gulf. Considering that Israel has full diplomatic relations with two Arab countries, namely Egypt and Jordan, these visits are significant in terms of the future of the region.

Bahrain is largely under Saudi Arabia's influence as the former follows the footsteps of the latter in international issues. It is also known that Netanyahu has launched an initiative to develop positive relations with Gulf countries, and especially with Saudi Arabia. Israel and Saudi Arabia both consider Iran the biggest threat to themselves. Saudi Arabia believes Iran funds certain groups in Yemen as well as in Syria and Iraq, while Israel considers Iran and its proxies or supporting groups, like Hezbollah, as existential threats.

Israel and Saudi Arabia agree that Iran must be stopped, and its power curbed at any price. It is noteworthy that Saudi Arabia considers Hamas to be as dangerous as Israel since it believes the Muslim Brotherhood and its affiliates are also a direct threat to it. Bahrain's reactions are no different. With a considerable Shiite population, Bahrain believes Iran is a direct threat as well. Therefore, the Gulf believes that it will be beneficial to improve ties with Israel in order to curb Iran's power and regional influence.