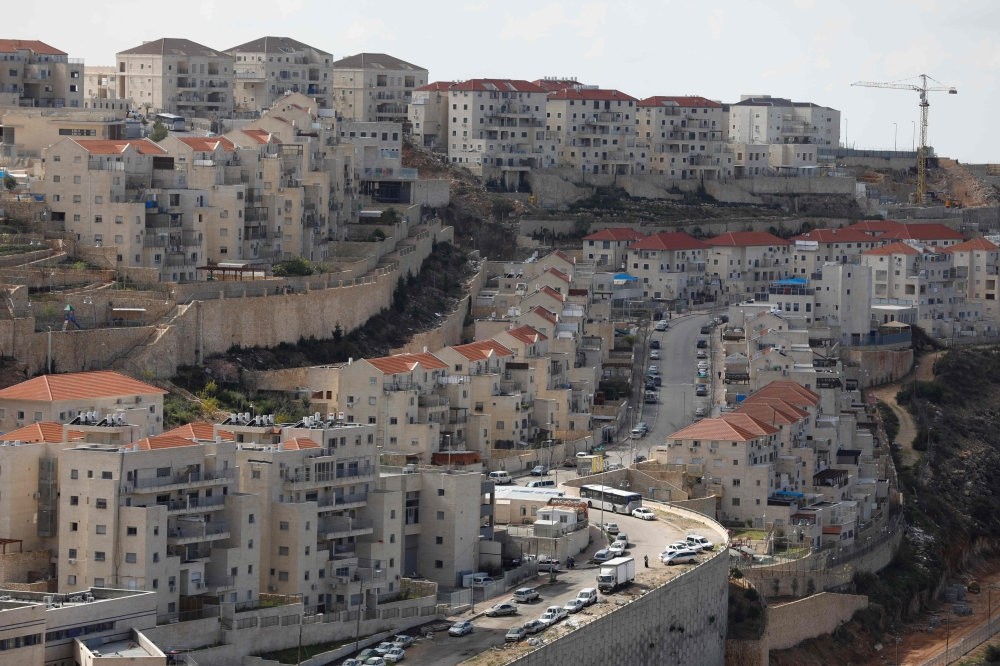 Israel has advanced plans for nearly 2,200 illegal settler homes in the occupied West Bank, which is seen as a pillar of the electoral campaign of Prime Minister Netanyahu's government

Right after Israeli Prime Minister Benjamin Netanyahu decided to go to early elections in April, the first move for his electoral campaign focused on expanding illegal Jewish settlements in the occupied territories. As Netanyahu's right-wing government began to enter campaign mode, the expansion of settlement projects was approved by Israeli authorities with nearly 2,200 settlement homes in the occupied West Bank, according to the Peace Now nongovernmental organization.

A defense ministry committee with responsibility for such projects on Tuesday and Wednesday approved the plans, which are in various stages of the approval process, the settlement watchdog said in a statement. It said 1,159 housing units were given final approvals before building permits can be issued, while 1,032 were at an earlier stage.

"We'll see an attempt by the left-wing to overthrow our rule with the help of the media and others," he said, speaking of the elections. "They can't succeed, because if they do, that will pose a clear danger to the settlement movement."

Senior Palestinian official Saeb Erekat decried in a statement "the theft of Palestinian land and resources for the illegal expansion of settlements as part of Netanyahu's campaign." The move was "undoubtedly part of the long list of Israeli violations of international law," he said.

The Palestinian Authority (PA) says Israel stepped up settlement construction in east Jerusalem after U.S. President Donald Trump officially recognized Jerusalem as Israel's capital earlier this year. The PA further accuses the U.S. administration of failing to criticize Israeli settlement activity since Trump won the White House in late 2016. According to Palestinian figures, more than 700,000 Jewish settlers now live in 196 settlements (built with Israeli government approval) and more than 200 settler outposts (built without its approval) across the occupied West Bank. Settlements are one of the most heated issues in efforts to restart Israeli-Palestinian peace talks, frozen since 2014. The international community regards all Israeli settlements in occupied Palestinian territories to be illegal and a major obstacle to Middle East peace. The area, captured by Israel in 1967, is not sovereign Israeli territory, and Palestinians there are not Israeli citizens and do not have the right to vote. Some 500,000 Israelis live in the West Bank and east Jerusalem, areas that are also home to more than 2.6 million Palestinians. Palestinians have long argued that Israeli settlements could deny them a viable and contiguous state.