New chaos like in Sudan too much for region to manage 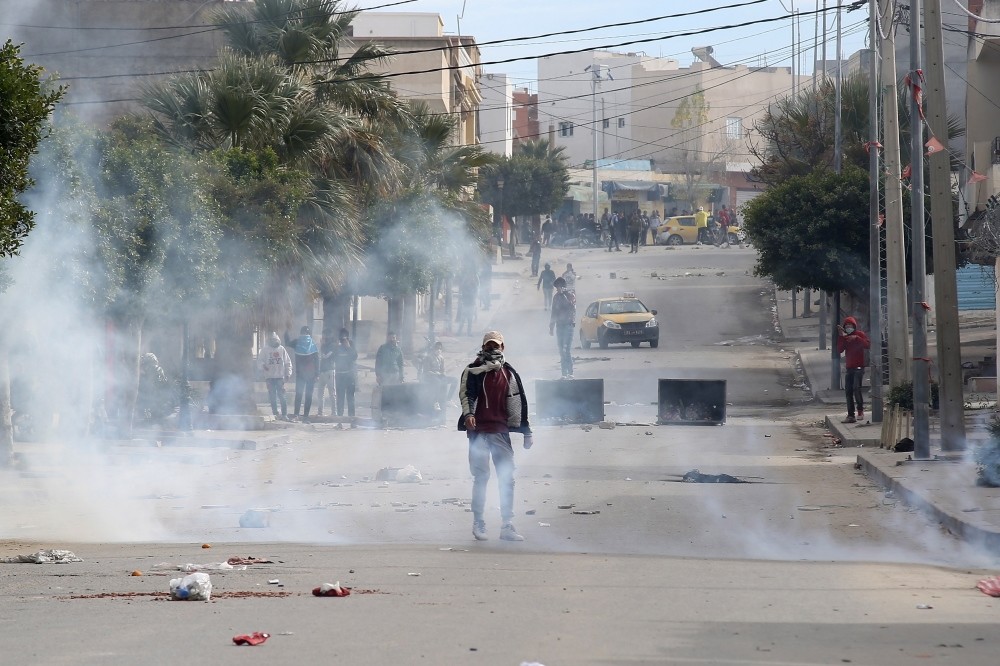 As conflicts and wars continue to ravage in several countries going through the post-Arab Spring process, a new wave of chaos in Sudan may be too much for the region to handle, especially amid increasing international competition

The protests in Sudan that started over the increasing prices of bread and fuel and the deterioration of economy have spread to all major cities, leaving the government face to face with huge social unrest. Dozens of people have died so far in the clashes between the security forces and protesters. This situation only increases the fears of whether the country will fall into chaos, like the Arab Spring in Egypt, Libya, Yemen, Tunisia and Syria. Given all these countries, except Tunisia, have fallen into deadly internal conflict, it is fair to conclude that the region will unlikely be able to cope with a fresh wave of chaos.

Since the protests erupted in Sudan two weeks ago, government calls went unanswered by the protesters, who thought the government had no credibility over promising reforms or any other step for amelioration. The troops and police increased the brutality against civilians as dozens of people were killed in the streets. Due to a lack of accessibility, however, it is impossible to give an accurate number. Rights groups have claimed that more than 50 people have died so far. The excessive force, used by the army and the police, has apparently worsened the situation, rather than discouraging the people. It is feared that these protests may gain momentum and lead the country to fall into deeper chaos.

Regional powers like Egypt demand stability as Libya is engulfed with a multi-partied war, while Cairo itself struggles to cope with a Daesh-affiliated insurgency in the Sinai region. Moreover, Tunisia, which is politically the most stable country, has also witnessed protests recently after a journalist set himself on fire – resembling the beginning of the Arab Spring when a street vendor put himself on fire. Egyptian Foreign Minister Sameh Shoukry and Intelligence Chief Gen. Abbas Kamel paid a visit to Sudan Tuesday to pledge support to the Sudanese President Omar al-Bashir, who is in power since 1989.

Shoukry said that the two countries' stabilities were closely connected. "Egypt is always ready to support Sudan and the ability of Sudanese people as per the government of Sudan's vision and policies," he said.

A similar statement came from Qatar. Qatar's Emir Sheikh Tamim bin Hamad Al Thani called al-Bashir last weekend to express his support. "During the call Sheikh Tamim declared that his country stood by Sudan and was ready to offer everything necessary to help Sudan overcome this ordeal, stressing his keenness for the stability and security of Sudan," an official statement said. The country has also been suffering from international competition as Sudan has a long coast on the Red Sea, over which there is also an ongoing power struggle. In the Turkish media there is a growing sentiment that the United Arab Emirates and Saudi Arabia were forcing Sudan to cut its ties with Iran, Turkey and Qatar. Certain Sudanese officials made statements that the Gulf was triggering the protests, working alongside Israel. Similarly, the Sudanese government said at least nine people were arrested for their links with Israel.

Under the light of internal problems and external pressures, Sudan may face a bigger crisis, which will eventually worsen its stability and economy. It is certain, however, that the region may find it difficult to overcome a new chaos as others in the region continue to struggle with the post-Arab Spring process.