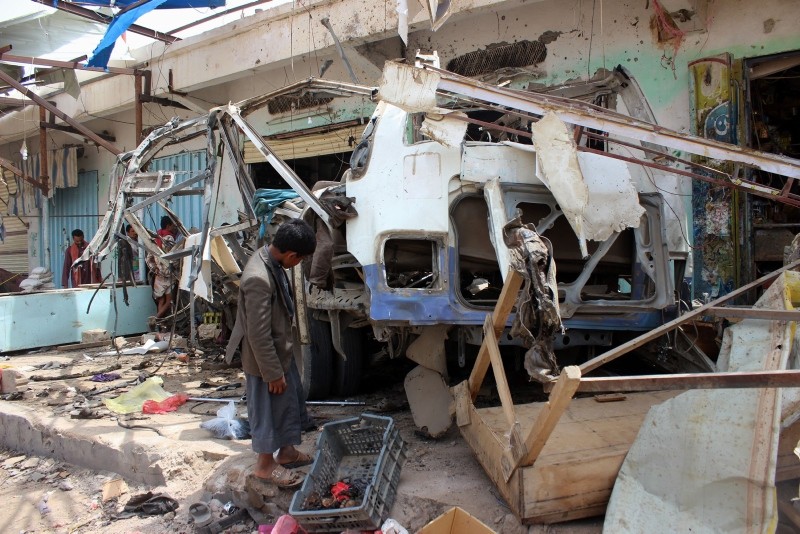 Saudi Arabia offered around $10,000 for families in Darfur, Sudan affected by the Sudanese civil war to send their children to fight in Yemen in 2016, The New York Times claimed on Friday.

In the article, "On the Front Line of the Saudi War in Yemen? Child Soldiers from Darfur," the newspaper quoted Hager Shomo Ahmed, 16, saying: "Families know that the only way their lives will change is if their sons join the war and bring them back the money."

He was only 14 when the offer was made to his family, according to the Times.

The report also quoted Hafiz Ismail Mohammed, a critic of Sudan's government and former banker, saying: "People are desperate. They are fighting in Yemen because they know that in Sudan they don't have a future."

"We are exporting soldiers to fight like they are a commodity we are exchanging for foreign currency," Mohammed added, according to the daily.

Most of the Sudanese fighters come from "the battle-scarred and impoverished region of Darfur, where some 300,000 people were killed and 1.2 million displaced during a dozen years of conflict" in the nation of 40 million in Northeast Africa, said the Times.

"At any time for nearly four years as many as 14,000 Sudanese militiamen have been fighting in Yemen in tandem with the local militia aligned with the Saudis, according to several Sudanese fighters who have returned and Sudanese lawmakers who are attempting to track it. Hundreds, at least, have died there," the daily reported.

"Five fighters who have returned from Yemen and another about to depart said that children made up at least 20 percent of their units. Two said children were more than 40 percent," reported the Times.

The newspaper said Saudi Arabia paid Sudanese children a salary starting at the riyal equivalent of around $480 a month, with bonuses for combat, deposited directly into the Faisal Islamic Bank of Sudan, partly owned by Saudis.

"At the end of a six-month rotation, each fighter also received a one-time payment of at least 700,000 Sudanese pounds — roughly $10,000 at the current official exchange rate," the Times claimed.

Speaking to the paper, Turki al-Malki, a spokesman for the Saudi-led military coalition denied allegations the kingdom was recruiting child soldiers as "fictitious and unfounded."

Yemen plunged into civil war in 2014 when Houthi rebels overran much of the country, including the capital, Sanaa, forcing the government to flee to Saudi Arabia.

The Saudi-led campaign in Yemen has devastated the country's infrastructure, including its health and sanitation systems, prompting the U.N. to describe it as one of the worst humanitarian disasters in modern times.