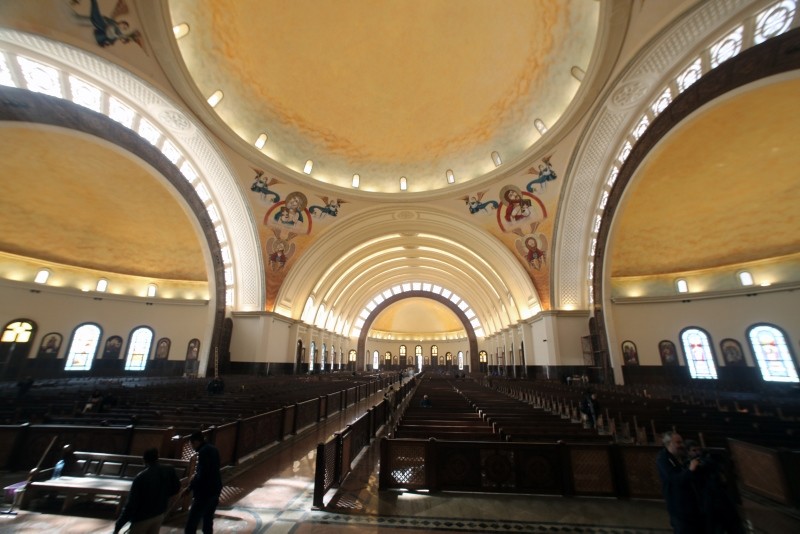 A general view inside the newly-constructed Nativity of the Christ Cathedral at the new administrative capital, 45km east of Cairo, Egypt, 03 January 2019 (Reuters Photo)
by Jan 06, 2019 12:00 am

An Egyptian police officer was killed on Saturday while attempting to defuse an explosive device found at a church in an eastern Cairo suburb, state television reported, less than two days before Coptic Christmas celebrated by Egypt's Christians.

Two policemen and an onlooker were also injured when the device exploded, security sources said.

There was no immediate claim of responsibility for the incident.

Egyptian security forces have stepped up their presence outside churches and other places of worship ahead of new year's eve and Coptic Christmas, which is celebrated on Jan. 7.

The Copts, who make up around 10 percent of the population, have long complained of discrimination. They have also frequently been attacked by terrorists who see them as infidels, prompting authorities to place armed guards outside churches and monasteries.

In November, Daesh terrorists killed seven people returning from baptizing a child at a Coptic monastery about 260 km (160 miles) up the River Nile from Cairo.