Ex-Israeli minister sentenced to 11 years for spying for Iran 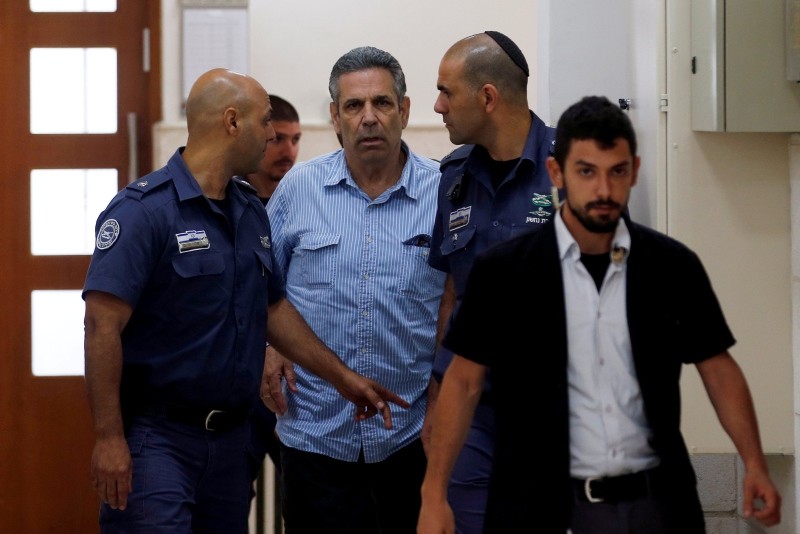 Gonen Segev, a former Israeli cabinet minister indicted on suspicion of spying for Iran, is escorted by prison guards as he arrives to court in Jerusalem, July 5, 2018 (Reuters File Photo)
by Jan 09, 2019 12:00 am

Former Israeli minister Gonen Segev has been sentenced to 11 years in prison for spying for an enemy state, the Israeli Justice Ministry said on Wednesday.

Israeli security agency the Shin Bet revealed in June that the authorities had arrested and indicted Segev for acting as an agent on behalf of Iranian intelligence.

The Justice Ministry said that as part of a plea bargain, Gonen pleaded guilty to "serious espionage offenses and reporting to the enemy."

In the framework of the plea bargain, which was presented to the Jerusalem District Court early Wednesday, both sides agreed to a sentence of 11 years imprisonment.

The ministry said there was a gag order on any further details.

Segev served as energy minister from 1995 to 1996. He has long been disgraced in Israel after being convicted in 2005 of attempting to smuggle 32,000 chocolate-covered ecstasy pills.

Shin Bet accused Segev of being recruited by Iranian intelligence officers in 2012 through the Iranian embassy in Nigeria.