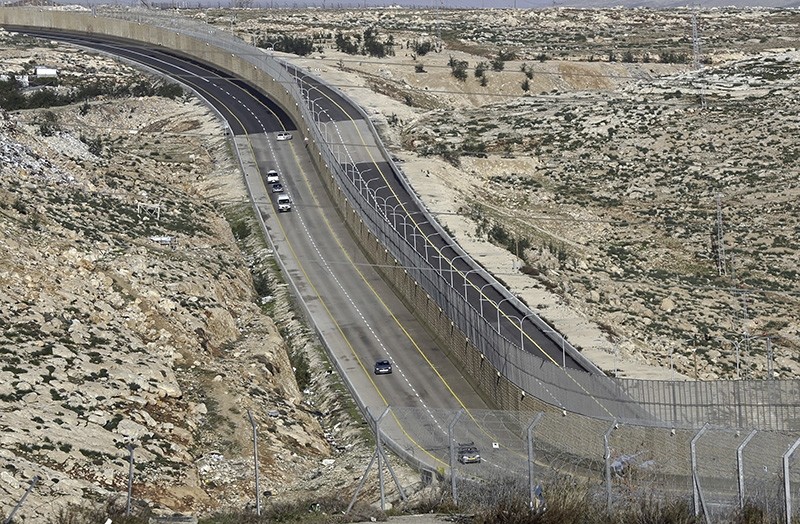 In a highly controversial move that aims to further isolate Palestinians in the occupied territories, Israel opened an 'apartheid' highway in the West Bank with a large concrete wall separating Israeli and Palestinian traffic

In another move to challenge the international community over settlements in the occupied territories, Israel inaugurated a new highway in the occupied West Bank on Thursday that divides Israeli and Palestinian drivers into separate lanes with a wall.

One side of Route 4370 – located northeast of Jerusalem – will be open to Israeli vehicles only, while the other half will only be open to Palestinian traffic. Critics have branded it an "apartheid" highway, saying it is part of a segregated road system that benefits Jewish settlers.

The highway was built as part of a planned ring road east of Jerusalem that would connect the northern and southern West Bank. Construction began in 2005, but the 5 kilometer road lay unfinished for years until 2017.

The Palestinian Foreign Ministry has condemned a decision by the Israeli authorities to open a road that separates Palestinian communities from a Jewish-only settlements northeast of Jerusalem. "The opening of this road comes within the framework of Israel's ongoing efforts to undermine any chance of reaching a political solution," the ministry said in a Thursday statement. "It's a shame on the international community to see an apartheid regime being established and deepened without doing anything to stop it," the statement said.

The eastern ring road was conceived as a means of connecting the northern and southern West Bank. Critics of the settlements fear that if the road is completed, Israel will then proceed with settlement construction in an area east of Jerusalem known as E1. The long-term goal is to provide settlers with another route to allow them to access Jerusalem more directly, said Aviv Tatarsky of Israeli nongovernmental organization (NGO) Ir Amim, which opposes settlement expansion. Palestinians travelling between the north and south of the West Bank would have to change course and some Palestinian villages would find themselves further isolated from Jerusalem, said Tatarsky.

The Palestinians have long feared that construction in E1 would split the West Bank in half, making a future state inviable. With the road completed, Israel could argue that the territory was still contiguous.

More than 650,000 Jewish settlers now live in 196 settlements built with the Israeli government's approval across the West Bank, according to Palestinian figures. Settlements are one of the most heated issues facing Israeli-Palestinian peace talks, frozen since 2014. The international community regards all Israeli settlements in occupied Palestinian territories to be illegal and a major obstacle to Middle East peace. The area, captured by Israel in 1967, is not sovereign Israeli territory, and Palestinians there are not Israeli citizens and do not have the right to vote.

Some 500,000 Israelis live in the West Bank and east Jerusalem, areas that are also home to more than 2.6 million Palestinians. Palestinians have long argued that Israeli settlements could deny them a viable and contiguous state.