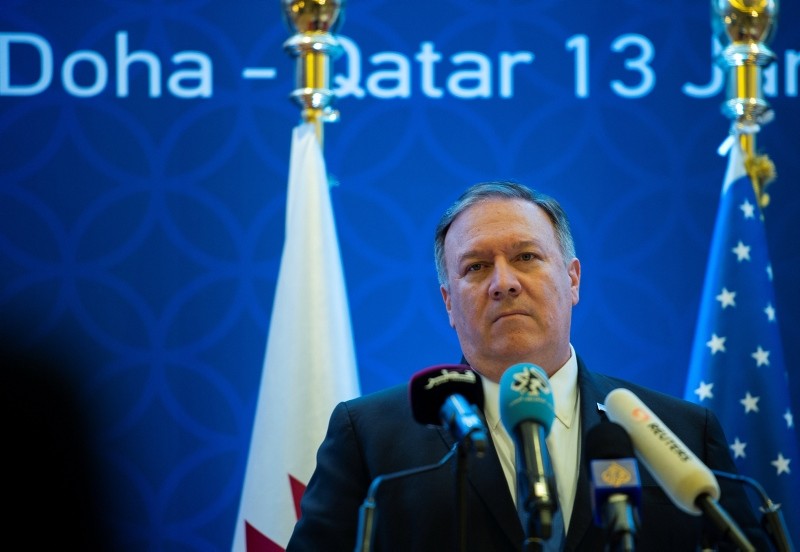 U.S. Secretary of State Mike Pompeo said on Sunday that a rift between Qatar and its Arab Gulf neighbors had gone on for too long.

"We are all more powerful when we are working together and disputes are limited. When we have a common challenge, disputes between countries with shared objectives are never helpful," he said at a press conference in Qatar, as he urged Gulf nations to end their boycott of Doha.

Pompeo arrived in the country on Sunday and signed several agreements with Qatari officials.

Bahrain, Egypt, Saudi Arabia and the United Arab Emirates, all U.S. allies, began a boycott of Qatar over a political dispute in June 2017 that continues today.

The four-nation bloc accused Doha of supporting terrorist groups in the region and threatened to impose further sanctions on Qatar if the latter failed to comply with a long list of demands, including the closure of Doha-based broadcaster Al Jazeera.

Doha denies the charges and says the boycott is an attempt to impinge on its sovereignty.