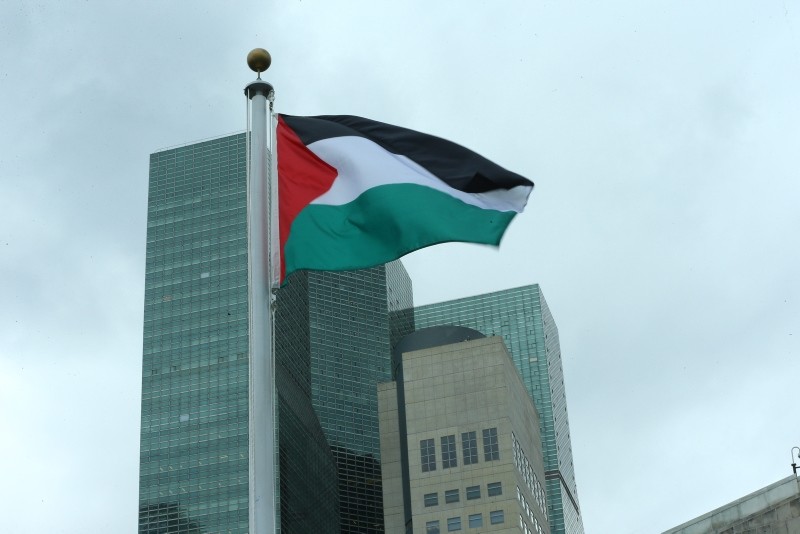 Palestinian President Mahmoud Abbas said Tuesday he plans to reactivate an application for the Palestinians to have full membership in the United Nations, and his foreign minister said that will likely happen in a few weeks.

Abbas made the announcement just before he took over as head of the key group of developing countries at the United Nations with a promise to confront "assaults" on multilateralism and a pledge to seek a peaceful two-state solution of the Israeli-Palestinian conflict.

Abbas delivered the Palestinian Authority's application to become the 194th member of the United Nations to then Secretary-General Ban Ki-moon on Sept. 23, 2011, before addressing world leaders at the General Assembly.

That bid failed because the Palestinians failed to get the required support of nine of the Security Council's 15 members. Even if they did, the United States, Israel's closest ally, had promised to veto any council resolution endorsing Palestinian membership.

Foreign Minister Riad al-Malki told two reporters at a reception for Abbas later Tuesday that "we know that we are going to face a U.S. veto but this won't prevent us from presenting our application."

He said the Palestinians' first step is to hold discussions with members of the Security Council.

"So it's only a matter of maybe a few weeks before ... we will go to the Security Council for submitting our application," al-Malki said.

After the Palestinians' initial bid for full U.N. membership was rejected, they went to the 193-member General Assembly, where there are no vetoes, and by more than a two-thirds majority succeeded in having their status raised from a U.N. observer to a non-member observer state in November 2012.

That opened the door for the Palestinian territories to join U.N. and other international organizations, including the International Criminal Court. But real independence remains elusive until the Palestinians negotiate a peace deal with the Israelis.

In a boost to Abbas' push for statehood and full U.N. membership, ministers of the Group of 77 — a powerful coalition of 134 mainly developing nations and China at the United Nations — formally decided to give the group's chairmanship to the Palestinians.

But because it is a non-member state, the Palestinians needed General Assembly approval to preside over the G77. They got it in October over objections from Israel and the United States.

In his acceptance speech, Abbas said the G77 will strive to ensure the rights and development of all people living under foreign and colonial occupation.

"Palestine cannot be an exception," he said. "We also suffer under the yoke of foreign occupation."

Abbas added, "Israel's continued colonization and occupation of the state of Palestine undermines our development ... and obstructs cohesive future development for all peoples of the region."

He reaffirmed "the state of Palestine's commitments to international law and legitimacy and to a peaceful solution that brings an end to the occupation and the realization of the independence of the state of Palestine," with east Jerusalem as its capital, living side by side Israel in peace on the basis of 1967 borders.

Turning to broader issues confronting the G77, Abbas recalled that when it was established in 1964 its founding principles were connected with the principles and goals of the United Nations. They "constitute the strongest pillar for upholding the multilateral system and its institutions as well as the rule of international law and mutual cooperation," he said.

Abbas warned "of the assaults underway against this system" and said the Palestinians will strive during their chairmanship of the G77 "to confront such challenges through the preservation of the multilateral international order."

He said the Palestinians will do this by strengthening ties within the G77 and with U.N. partners to promote cooperation among nations from the developing south and action to implement U.N. goals for 2030 to end extreme poverty, promote economic development, preserve the environment and promote equality for women.

Secretary-General Antonio Guterres told the G77 that its leadership in 2018 "proved once again to be a central force in demonstrating that multilateralism is the only way to address our shared challenges."

In 2019, he said, climate action must be in the forefront of efforts to end poverty, reduce inequality and transition "to more inclusive and sustainable economies."

"If we do not put policies and commitments in place to launch a decade of climate action by 2020, it will be too late to avoid catastrophic climate change with unforeseeable consequences," Guterres warned. "Many of the Group of 77 countries would be among the first and worst to suffer."