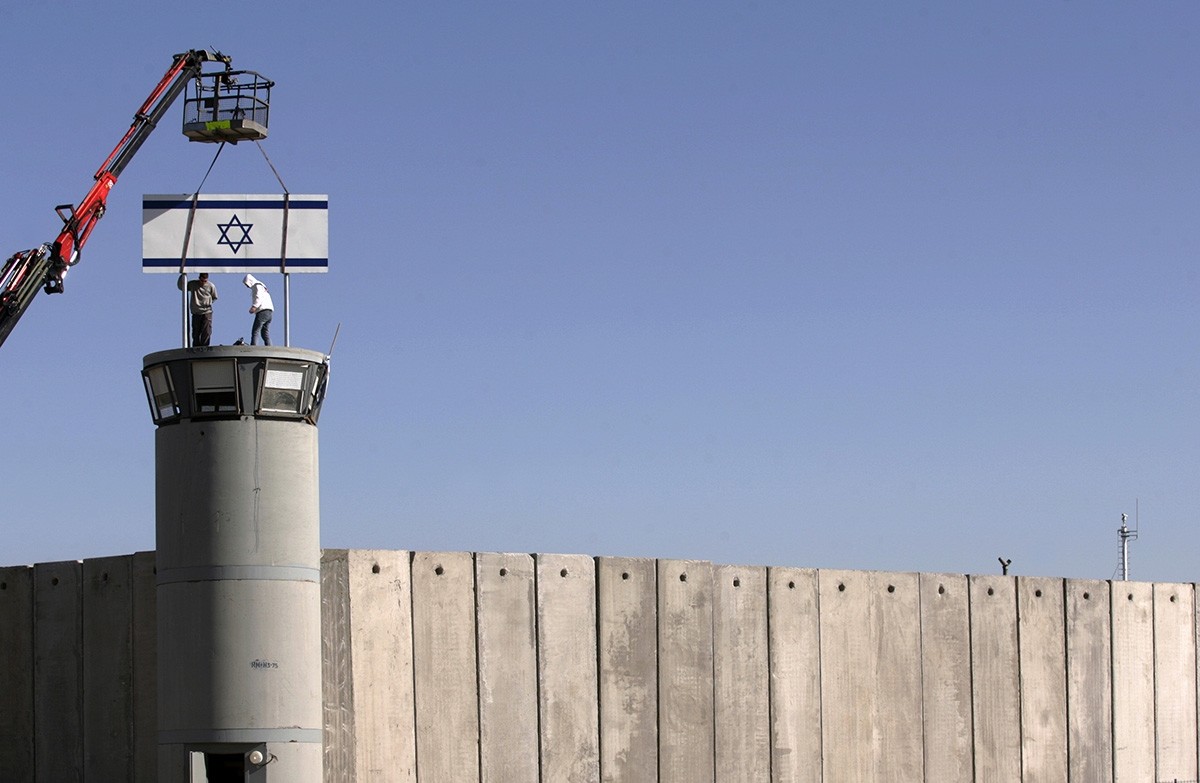 According to a statement by the Palestinian Society of Prisoners, Israeli forces fired rubber bullets, tear gas and sound bombs and used police dogs and truncheons against inmates. Three wards were completely burned, the report said.

Most of the inmates were wounded by rubber bullets. At least 20 detainees were treated in Israeli hospitals, and the rest were sent back to prison.

The statement said Palestinian prisoners resisted the raids, and that the situation could worsen in coming hours. It said prisoners have rejected food since Monday, and certain parts of the prison had been closed.

The statement also noted that the Metzada unit, the Israeli prison special operations unit, attacked Palestinian prisoners in an unprecedented manner, in some cases endangering the lives of the inmates.

The Palestinian Liberation Organization (PLO) seconded the report on Tuesday.

He accused the Israeli authorities of trying to break the spirit of the Palestinian detainees by assaulting them.

"The Palestinian Authority is in contact with international and human rights groups to stop the 'Israeli crime,'" he said.

After the assault on Tuesday, inmates vowed to "escalate" their protest activities, though they did not specify how.

In a press statement released Monday, inmates called on international rights groups "to shoulder their humanitarian, moral and legal obligations and work towards halting Israel's mistreatment of prisoners."

About 1,200 Palestinians are held at the Ofer Military Prison, southwest of Ramallah, the Palestinian Authority's administrative capital.

The Israeli forces frequently carry out wide-ranging arrest campaigns across the occupied West Bank and Jerusalem on the pretext of searching for "wanted" Palestinians. Israeli forces rounded up 6,489 Palestinians, including scores of women and children, in the occupied West Bank and Gaza Strip last year, according to official estimates. Dozens of Palestinian women are suffering abuse in Israeli prisons, according to Palestinian activists. In a recent report released in October, the Addameer Prisoner Support and Human Rights Association said the Israeli authorities hold 51 women.

Meanwhile, the Israeli army said a Palestinian who attempted to a stabbing attack was shot by Israeli soldiers. While Israeli forces continue violations against Palestinians for allegedly "attempting to stab" or "car-ramming attempts," human rights organizations accuse Israel of executions of Palestinians.