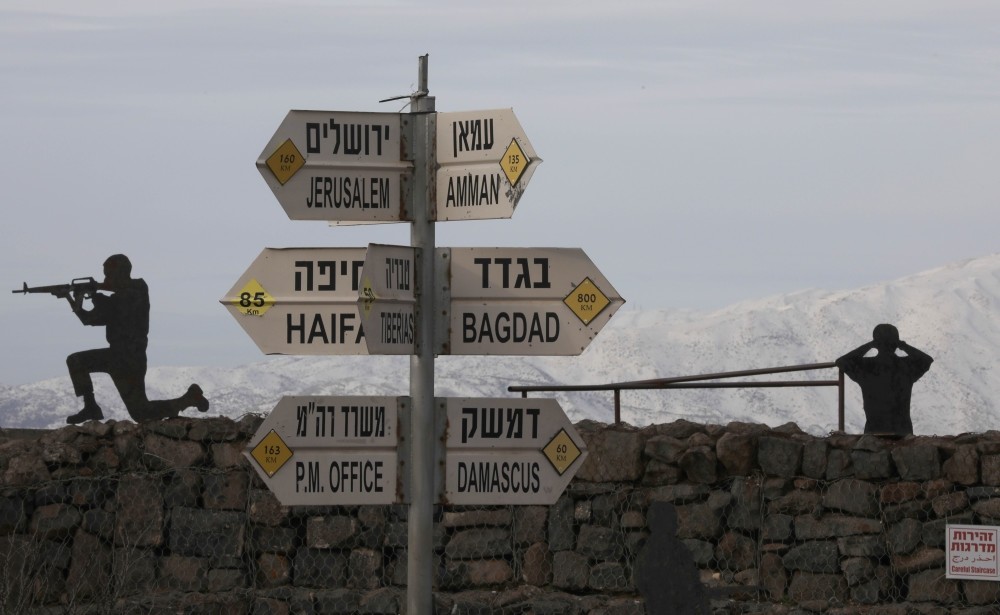 The latest Israeli attacks targeting Iranian positions in Syria are alarming as the two countries may end up in a more direct war if the two main international powers, the U.S. and Russia, choose to mind their own business only

Since the war broke out in Syria in 2011, Israel's main concern was the expansion of Iranian power into Syrian lands through proxy groups, primarily the Lebanese-based Shiite militant group Hezbollah, and deploying its own troops. Israel had been carrying out aerial attacks on Iranian and Syrian positions near the Golan Heights and Damascus. This week, a new series of Israeli attacks was witnessed again. Yet, this time, unlike previous ones, Israel confirmed it pounded certain targets in Syria. This move implies that the conflict between Iran and Israel has reached new heights.

Israel attacked Syria on Monday night, the latest assault in an attempt by the Tel Aviv administration to curb Iran's power and keep its proxies away from the occupied Golan Heights. Although there was no official statement on the death toll from the Syrian side, the London-based Syrian Observatory for Human Rights said at least 11 people died.

Russia, which has repeatedly expressed its concerns about Israel's aggressive stance, especially after its jet was downed in September, said 30 Israeli cruise missiles and guided bombs were destroyed by Syrian air defense systems. Iran's air force chief Brig. Gen. Aziz Nasirzadeh said his country was "fully ready and impatient to confront the Zionist regime and eliminate it from the earth."

Israeli Prime Minister Benjamin Netanyahu stated that the attacks raided mostly Iranian forces but also some Syrian positions. "We will strike at anyone who tries to harm us," he said. Amid this escalation of tensions, Israel conducted a planned trial of the Arrow-3 missile defense system.

Israel seems to have left its ambiguous policy in Syria as Tel Aviv did not used to announce its attacks. Moreover, this move came after the U.S. decision to leave Syria. It seems like Israel was not expecting such a move from the U.S. as the two countries started cooperating closely in Syria after an interval during the era of the former U.S. President Barack Obama.

Following Trump's ascendancy to the presidential post, a former commonality once again unified the two countries' policies. The common point is obviously the alleged threat posed by Iran and its aligned groups. After the decision Israeli officials, including Netanyahu said Israel was determined to erase Iran from Syria.

At this point, the recent developments along with the U.S. decision brings about the question of whether Israel may become more aggressive and envisage going into an all-out-war with Iran in Syria. With no U.S. presence in Syria Israel may play the card of national security and the current U.S. administration may provide full support.

Moreover, the fact that the relations with Russia have deteriorated after the latest developments, Moscow may not play the mediator role. Before its jet was downed in Syria Russia was less reluctant to curb Iran's power in Syria as its top diplomats said any foreign power was not welcomed in the country's future. According to an unofficial understanding between Israel and Russia in June, Moscow admitted its role of keeping Iran and its proxies away from Israeli borders.

In case the U.S. pledges support to Israel, Russia prefers not to intervene in this matter and Israel's aggression increases under the pretext of its national security being violated, Syria may witness a more direct Iran-Israel war.