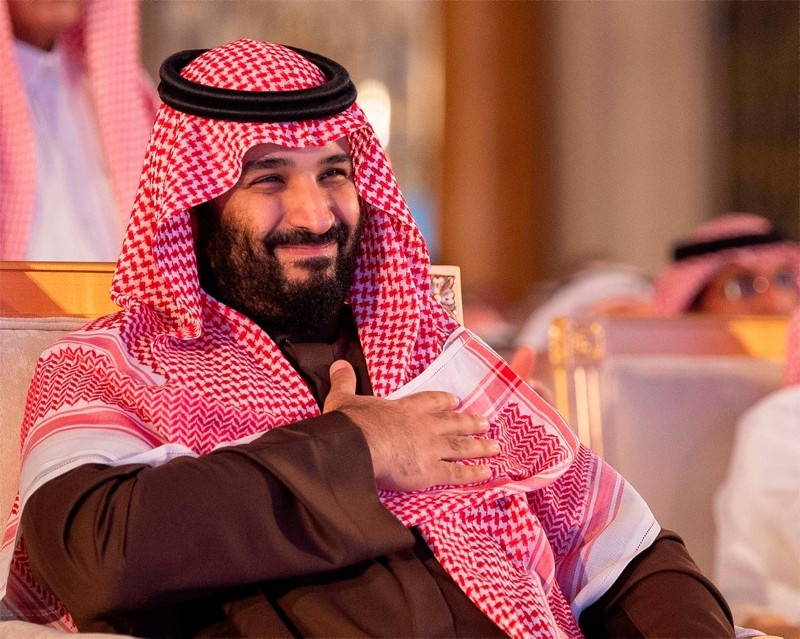 The Royal Court said the work of an anti-corruption committee formed to oversee the sweep headed by Crown Prince Mohammed bin Salman had concluded its work after summoning or questioning 381 people.

The recovered assets from settlements with 87 people include cash, real estate, businesses and securities, according to the Royal Court announcement carried on Saudi state TV.

It said 56 individuals continue to be investigated and that the attorney general refused to settle with them due to other criminal charges they face. Another eight refused to settle and stand accused of corruption.

The sweep, which began the evening of Nov. 4 2017, helped cement the crown prince's powerful status. Analysts and critics said it was also a way for the prince to sideline potential rivals and consolidate power as he prepares to inherit the throne from his father, King Salman.

Among those held was billionaire Prince Alwaleed bin Talal, who was detained for more than 80 days at the Ritz-Carlton in Riyadh before his release. Also, held were the sons of the late King Abdullah, including Prince Miteb who'd commanded the National Guard and was once seen as a contender for the throne.

There were also current and former ministers rounded up and billionaire businessmen like Bakr Binladin, chairman of the kingdom's pre-eminent contractor the Saudi Binladin Group that had secured a near-monopoly on mega-expansion projects in Islam's two holiest sites, Mecca and Medina, throughout the reigns of successive Saudi monarchs.

Guards were positioned outside the detainees' hotel rooms, where some had access to room service and satellite TV. Others were reportedly abused, and many were placed under travel bans after their release.

It's unclear who exactly is still being held or where they are being held. The Ritz-Carlton opened to the public again in mid-February and it's believed those still detained were moved to prisons or guesthouses.

Altogether, those rounded up by the crown prince symbolized the elite structure encircling the ruling Al Saud family and its vast patronage networks.

The government never officially disclosed the names of those ensnared in the campaign, but state-linked media distributed lists with names of some of those detained.

The government also did not disclose details on the allegations the detainees faced or how they were being prosecuted, leading to concerns about transparency and due process.

International investors were initially spooked by the lack of transparency and clarity.

Two months before the anti-corruption campaign was launched, the crown prince had begun his first sweep of arrests targeting dozens of prominent Saudi figures, including moderate clerics, for not publicly supporting or for criticizing his domestic and foreign policies.

Then, in May of last year, more than a dozen women's rights activists and their supporters were arrested just before the kingdom lifted its ban on women driving. Some have reportedly been water-boarded, lashed, sexually assaulted and electrocuted.

In October, the crown prince was at the center of a global outcry over the killing of writer Jamal Khashoggi, who was killed by Saudi agents inside the Saudi consulate in Istanbul.

Before his killing, Khashoggi had written critically of the crown prince's crackdown on critics in columns for The Washington Post. The U.S. Senate has blamed the killing on the crown prince. The kingdom, however, denies he had any role.