I was not consulted on Syria pullout, CENTCOM chief Votel says 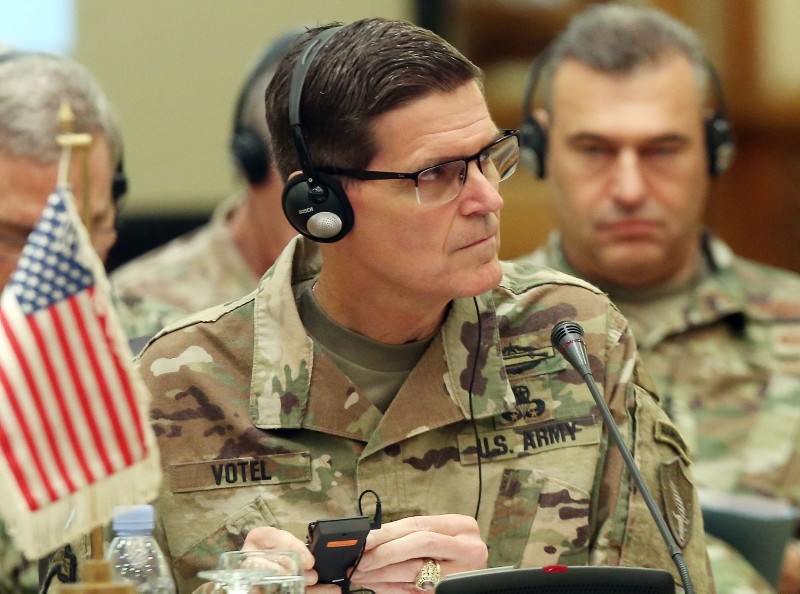 In this file photo taken on September 12, 2018 Commander of United States Central Command Joseph Leonard Votel, listens during a meeting with the Gulf cooperation council's armed forces chiefs of staff in Kuwait City. (AFP Photo)
by Daily Sabah with AA Feb 06, 2019 12:00 am

The U.S. general in charge of Middle East operations said Tuesday he was not consulted by President Donald Trump about his decision to withdraw American troops from Syria.

"I was not aware of the specific announcement. Certainly we are aware that he had a desire and intent in the past to depart Syria," CENTCOM chief Joseph Votel said in a hearing before the Senate Armed Services Committee.

"We were not, I was not consulted," he added, after being questioned.

In December, Trump announced that all 2,000 troops in Syria would be withdrawn and declared the Daesh terrorist group had been defeated.

Many people, including members of Trump's own Cabinet, were opposed to the withdrawal.

Votel said he would follow through on the order, however, did not give a timetable or date when it would be done, simply saying the withdrawal would be completed in a deliberate manner.

Votel noted the fight against Daesh is not over, despite the withdrawal of troops.

The commander said while the original 34,000 square miles of territory held by the terrorist group has been reduced to less than 20 square miles, Daesh still retains leaders, fighters, facilitators and resources.

"It is important to understand that even though this territory has been reclaimed the fight against ISIS and violent extremists is not over and our mission has not changed," the general said, using another name for Daesh.

On Monday, the Pentagon published a report which said Daesh could make a resurgence in the region without counterterrorism pressure.