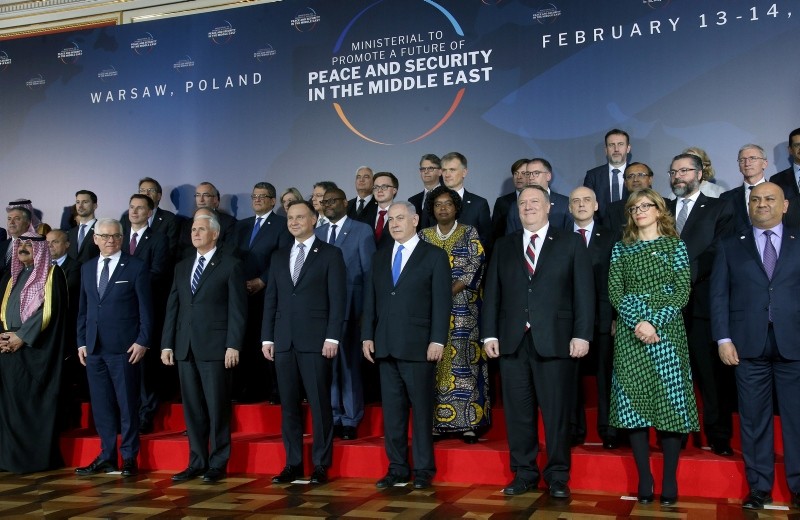 "By fully siding with the Israeli government, (the Americans) have tried to normalize the Israeli occupation and the systematic denial of the Palestinian right to self-determination," Nabil Shaath, an adviser to Palestinian president Mahmud Abbas, wrote in a column published by Israel's Haaretz newspaper.

The two-day conference, which convened for its main session in the Polish capital on Thursday, is officially devoted to security in the Middle East, with a strong emphasis on Iran.

But Trump's son-in-law, Jared Kushner, is expected to offer hints of the U.S. administration's proposals for peace between Israel and the Palestinians.

Shaath said the Palestinians had refused to go to the conference.

"The Warsaw conference is part of this context," he wrote.

"A peace process cannot be turned into an attempt to obtain amnesty for war crimes or to make one of the parties surrender its basic rights under the UN charter."

The Palestinians have refused to talk to the Trump administration since the U.S. leader recognized Jerusalem as Israel's capital in December 2017.

The Trump administration has since dealt a series of harsh blows to the Palestinian Authority, including cutting hundreds of millions of dollars in aid to Palestinians.