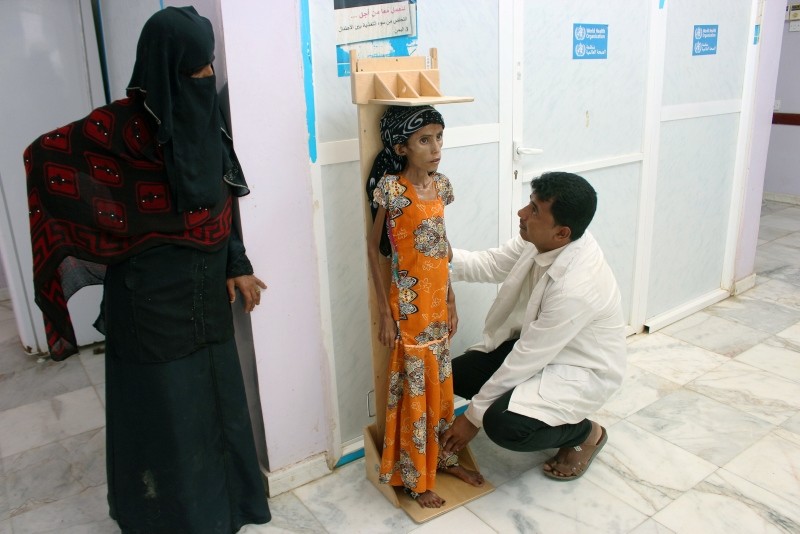 Displaced by war, starving and living under a tree, 12-year-old Fatima Qoba weighed just 10kg when she was carried into a Yemeni malnutrition clinic.

"All the fat reserves in her body have been used up, she is left only with bones," Makiah al-Aslami, a doctor and head of the clinic in northwest Yemen. "She has the most extreme form of malnutrition."

Qoba's slide into starvation is typical of what is happening in much of Yemen, where war and economic collapse have driven around 10 million people to the brink of famine, according to the United Nations.

Aslami said she is expecting more and more malnutrition cases to come through her door. This month she is treating more than 40 pregnant women with severe malnutrition.

"So in the coming months I expect I will have 43 underweight children," she said. 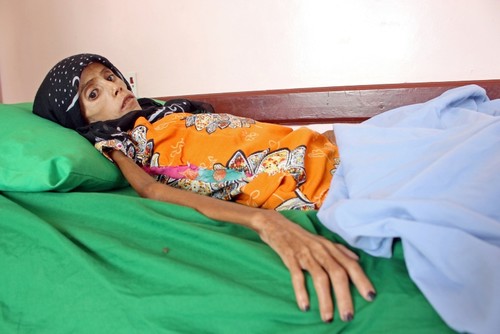 She said that since the end of 2018, 14 deaths from malnutrition had occurred at her clinic alone.

Qoba, her 10 siblings and father were forced from their home near the border with Saudi Arabia and forced to live under a tree, Qoba's older sister, also called Fatima, told Reuters.

She said they were fleeing bombardment from the Saudi-led coalition, which intervened in Yemen in 2015 to restore the internationally recognized government of Yemeni President Abd-Rabbu Mansour Hadi after the Houthi-movement ousted it from power in the capital Sanaa in 2014.

"We don't have money to get food. All we have is what our neighbors and relatives give us," the sister said. Their father, in his 60s, is unemployed. "He sits under the tree and doesn't move."

"If we stayed here and starved no one would know about us. We don't have a future," she said.

After trying two other hospitals which could not help, a relative found the money to transport Qoba to the clinic in Houthi-controlled Aslam, one of Yemen's poorest districts with high malnutrition levels.

Lying on green hospital sheets, Qoba's skin is papery, her eyes huge and her skeletal frame encased in a loose orange dress. A health worker feeds her a pale mush from a bowl.

Aslami said the girl needed a month of treatment to build up her body and mind.

The United Nations is trying to implement a ceasefire and troop withdrawal from Yemen's main port of Hodeidah, where most of Yemen's imports come from. But violence continues to displace people in other parts of the country, and cut access routes for food, fuel and aid.

There is food in Yemen, but severe inflation has eroded people's ability to buy it, and the non-payment of government worker salaries has left many households without incomes.

"It's a disaster on the edge of famine ... Yemeni society and families are exhausted," Aslami said. "The only solution is to stop the war."