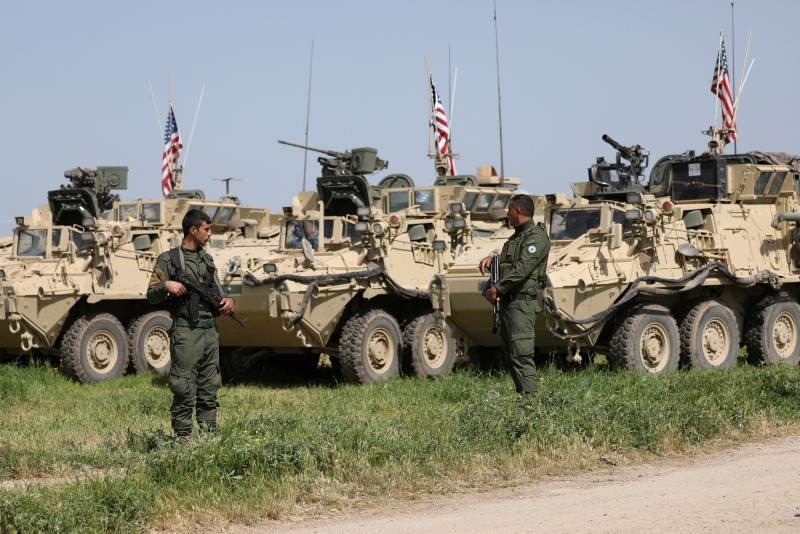 A senior French officer involved in the fight against Daesh in Syria faces punishment after launching a scathing attack on the U.S.-led coalition's methods to defeat the group in its remaining stronghold of Hajin, the army said on Saturday.

Colonel Francois-Regis Legrier, who has been in charge of directing French artillery supporting groups led by People's Protection Units (YPG) terrorist group in Syria since October, said the coalition's focus had been on limiting its own risks and this had greatly increased the death toll among civilians and the levels of destruction.

"Yes, the Battle of Hajin was won, at least on the ground but by refusing ground engagement, we unnecessarily prolonged the conflict and thus contributed to increasing the number of casualties in the population," Legrier wrote in an article in the National Defence Review.

"We have massively destroyed the infrastructure and given the population a disgusting image of what may be a Western-style liberation leaving behind the seeds of an imminent resurgence of a new adversary," he said, in rare public criticism by a serving officer.

The coalition could have got rid of just 2,000 militant fighters - who lacked air support or modern technological equipment - much more quickly and effectively by sending in just 1,000 troops, he argued.

"This refusal raises a question: why have an army that we don't dare use?" he said.

France is one of the main allies in the U.S.-led coalition fighting Daesh terrorist groups in Syria and Iraq, with its warplanes used to strike militant targets, its heavy-artillery backing YPG-led fighters and its special forces on the ground.

Legrier's article has embarrassed French authorities just hours before the coalition is expected to announce the defeat of the terrorist group.

"A punishment is being considered," French army spokesman Patrick Steiger said in a text message.

The article was removed from the review's website on Saturday.

Daesh still controls a diminishing strip of territory along the eastern bank of the Euphrates River and allies have expressed concern that a U.S. troop withdrawal from Syria will again destabilise the area.

"We have in no way won the war because we lack a realistic and lasting policy and an adequate strategy," Legrier said. "How many Hajins will it take to understand that we are on the wrong track?"