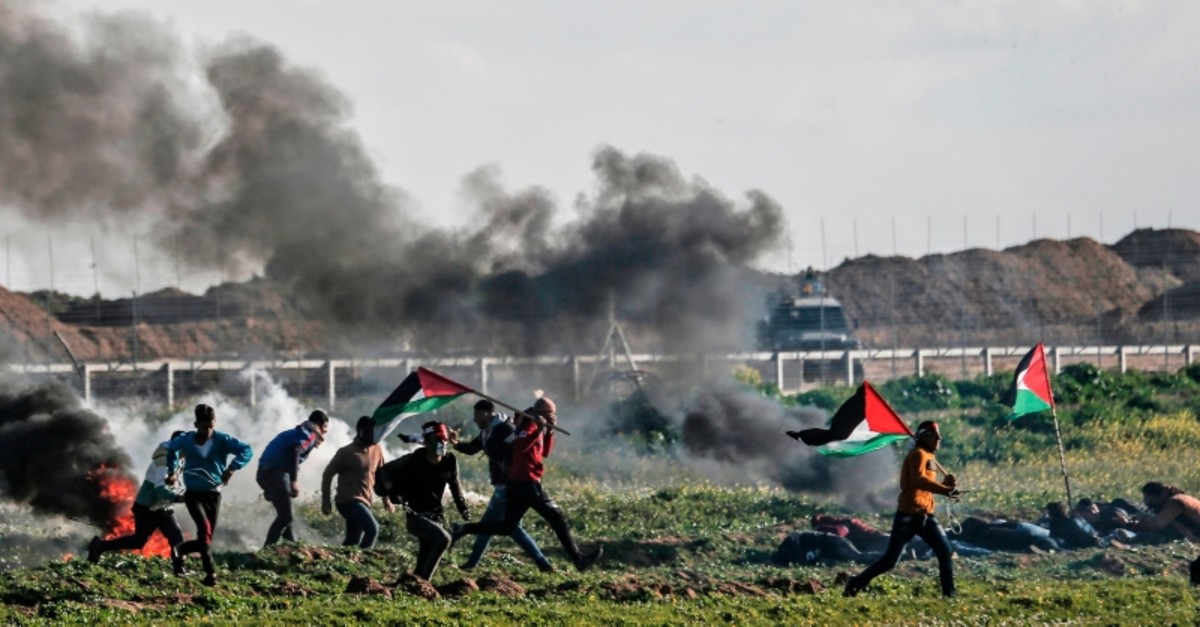 Israeli gunfire killed a Palestinian teenager at a protest along Gaza-Israel border fence, Gaza officials said Friday, as thousands in Jerusalem descended on a section of a flashpoint holy site that has been closed by Israeli court order for over a decade.

The Health Ministry said 15-year-old Youssef al-Dayya died at a hospital shortly after he was hit with a gunshot in the chest. The circumstances of his death were not immediately known, but it occurred when thousands of Palestinians participated in protests along several sections of the frontier, with dozens approaching the heavily guarded barrier.

The ministry added that 30 protesters were wounded by Israeli live fire in the weekly Gaza march.

Since March 30, protesters in Gaza have demanded the right to return to their homes and villages in historical Palestine, from which they were driven in 1948 to make way for the new state of Israel.

Close to 190 Palestinians, mostly unarmed, have been killed by Israeli fire in the protests.