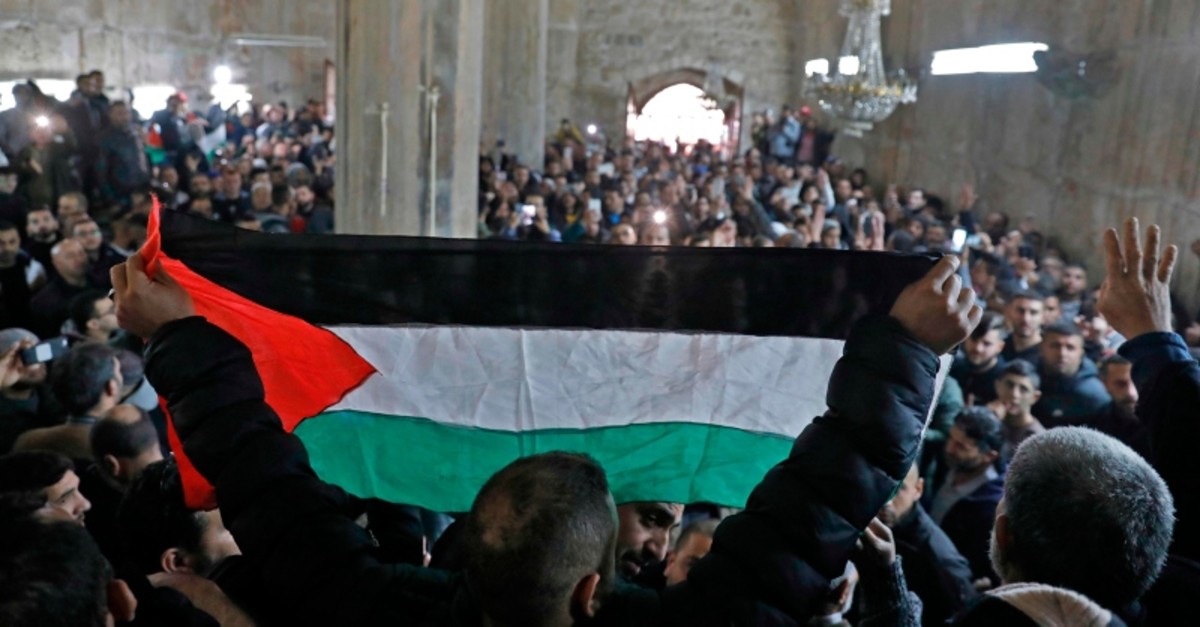 For the first time since 2003, Palestinian worshippers entered the Bab al-Rahma (Gate of Mercy) area of the Al-Aqsa Mosque compound.

Hundreds of worshippers, led by the Grand Mufti of Jerusalem Sheikh Mohammad Hussein, forced their way into the area ahead of the weekly Friday prayers, defying the 16-year Israeli ban on Muslim worship in the area.

According to official Palestinian news agency Wafa, the Palestinians chanted religious and national slogans and raised the flag of Palestine, celebrating the reopening of the area in Jerusalem's Old City.

The act of defiance comes amid heightened tension between Palestinians and Israelis, as Israeli forces attacked Palestinian Muslim worshippers Tuesday inside the Al-Aqsa mosque, leaving many of them wounded and arresting others.

For Muslims, the Al-Aqsa represents the world's third holiest site. Jews, for their part, refer to the area as "Temple Mount," claiming it was the site of two Jewish temples in ancient times.

Israel occupied East Jerusalem during the 1967 Middle East War. It annexed the entire city in 1980, claiming it as the capital of the Jewish state in a move never recognized by the international community.