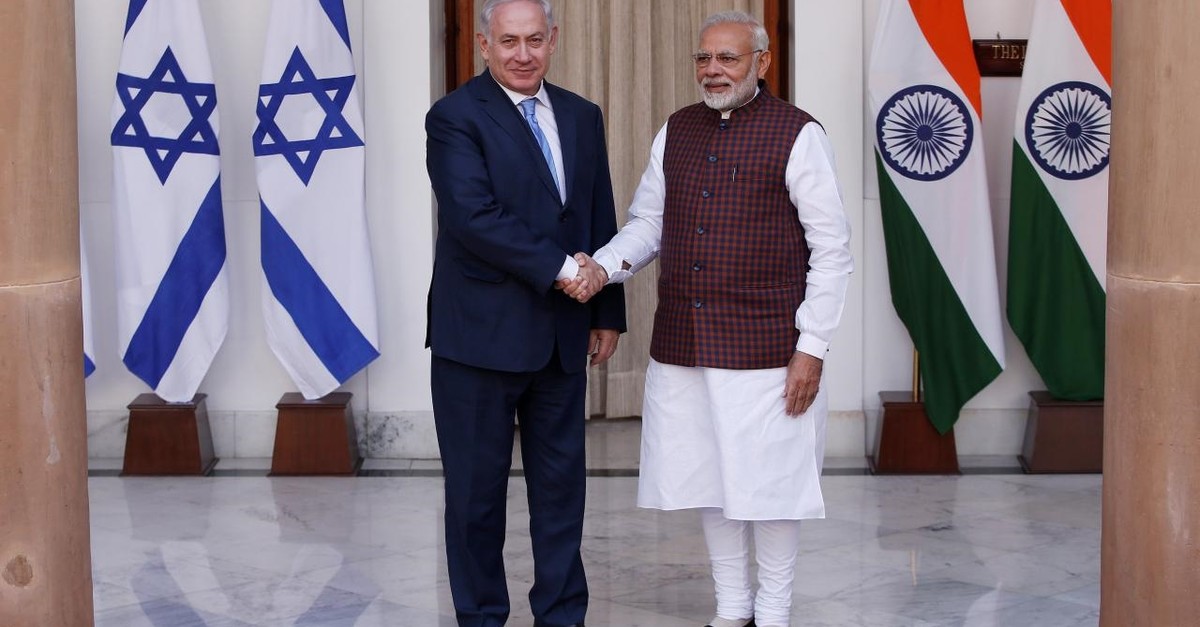 Despite the fact that Israel aims to expand its cooperation with India, including in the fight against terror, India's procurement of the S-400 missile defense systems from Russia may increase uncertainty in their bilateral relations

The rapprochement between Israel and India is peaking, as the two countries aim to strengthen their diplomatic, commercial and military ties. Recent statements from the two sides indicated that the cooperation will continue to increase, expanding into new areas like combating terrorism. However, India's warm relations with Russia, which has promised to deliver the S-400 missile system, brings about questions as to whether India could preserve the balance as Israeli-Russian relations deteriorate over Syria.

Over the past week, Indian media outlets published many articles underlining the importance of Israeli help in the fight against terrorism after a suicide attack in Kashmir region left at least 44 dead. Israel's recently appointed India envoy Ron Malka said "there was no limit" to the Israeli assistance. "Whatever India needs to defend itself, there is no limit. We are here to help our close friend India defend itself, especially against terrorism, because terrorism is the problem of the world and not only of India and Israel," he stated. "We help India, share our knowledge, share our techniques because we really want to help our really important friend," he added, signaling that Israel's involvement in Indian affairs will increase. Last week, Israeli Prime Minister Benjamin Netanyahu also condemned the "heinous" attack. Although he was expected to visit India in the coming weeks, Netanyahu canceled the trip as the Israeli side aimed to prevent any attempt to relate this trip with that of Saudi Arabia's Crown Prince Mohammad bin Salman, who was in India last week.

The developing relations between Israel and India are on one side, while the military cooperation between Russia and India is on the other. Considering Israeli-Russian relations have worsened over the fact that Russia will deliver S-400 missile systems to the Syrian regime, Israel, which has been occasionally carrying out airstrikes on Syrian soil with the claim that Iran and its proxies are posing a threat to its national security, is worried since the missile system could be used against it as well. The delivery of the missile system has also caused trouble with the U.S. In October, the U.S. Treasury Department finally declared that India could be removed from the U.S.' currency monitoring list of major trading partners on the grounds that India's steps concern Washington.

Despite the warm statements from Israel, during recent a weapons exhibition in India, namely Aero India 2019, an Israeli company introduced a loitering munition. Although this military product was only one among many, it was remarkable in some ways; for example, in its introduction video it was shown as being able to destroy a truck with the same efficiency as the S-400 missile system.

Although India tries to maintain a balanced policy between Russia and the U.S. as well as Israel, the delivery of the S-400 missile system and Israel's worsening relations with Moscow may affect the future of New Delhi's relations with Israel.