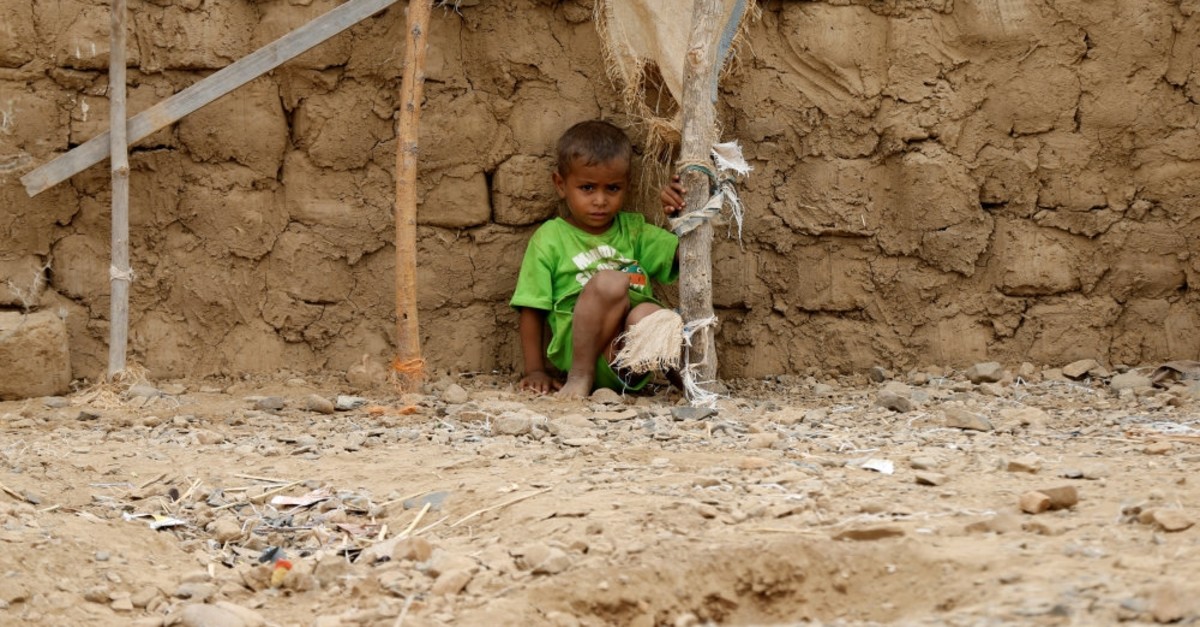 Despite a flourishing hope that a step was taken on the path to peace following series of U.N.-brokered consultations and truce efforts, not enough has changed for the children in Yemen as they still suffer from a worsening humanitarian crisis, the U.N. Children's Fund (UNICEF) warned on Monday.

"In Yemen today, nearly 1.2 million children continue to live in 31 active conflict zones including Hudaydah, Taizz, Hajjah and Sa'da, in areas witnessing heavy, war-related violence," said Geert Cappelaere, UNICEF regional director for the Middle East and North Africa. "The impact of the conflict in Yemen runs deep and has not spared a single child," said Cappelaere. "Mind-boggling violence over the past four years, high levels of poverty, and decades of conflicts, neglect and deprivation, are putting a heavy strain on Yemeni society, tearing apart its social fabric, fundamental for any society and especially for children."

The Stockholm Agreement, which was intended to halt the conflict, was signed last December between the Yemeni government and Houthi rebel leaders. The cease-fire and redeployment of forces agreed to in Stockholm have been hailed as a major step toward ending Yemen's nearly four-year war that has left millions on the brink of famine. U.N. officials, however, have warned the peace gains are fragile. Implementation of the deal, the first breakthrough in peace efforts in five years, has stalled after the warring parties disagreed over certain issues. The collapse of the truce was foreseen though, as the deal failed to address some crucial issues like food delivery, the future of pipelines and money transfer between the two central banks, which are located in Aden and Sanaa, respectively. The control of the pipelines provides strategic superiority as the country's energy needs are met through them.

The Yemen war has resulted in the worst humanitarian crisis in the world with an estimated 24 million people, close to 80 percent of the population, in need of assistance and protection in Yemen, according to the U.N. Saudi Crown Prince Mohammed bin Salman, who is the former Saudi defense minister, and Saudi Arabia's allies launched Operation Decisive Storm in March 2015. Civilians have borne the brunt of the conflict. The last available U.N. figures for the civilian death toll were published in 2016 and stood at more than 10,000.

The Armed Conflict Location & Event Data Project, which tracks violence in Yemen, puts the casualty numbers at around 57,000 people. Amid a series of international warnings, continuing military support from Western countries, which includes arms sales, for the Saudi-led coalition prompts further fears of escalating an humanitarian crisis in the country.