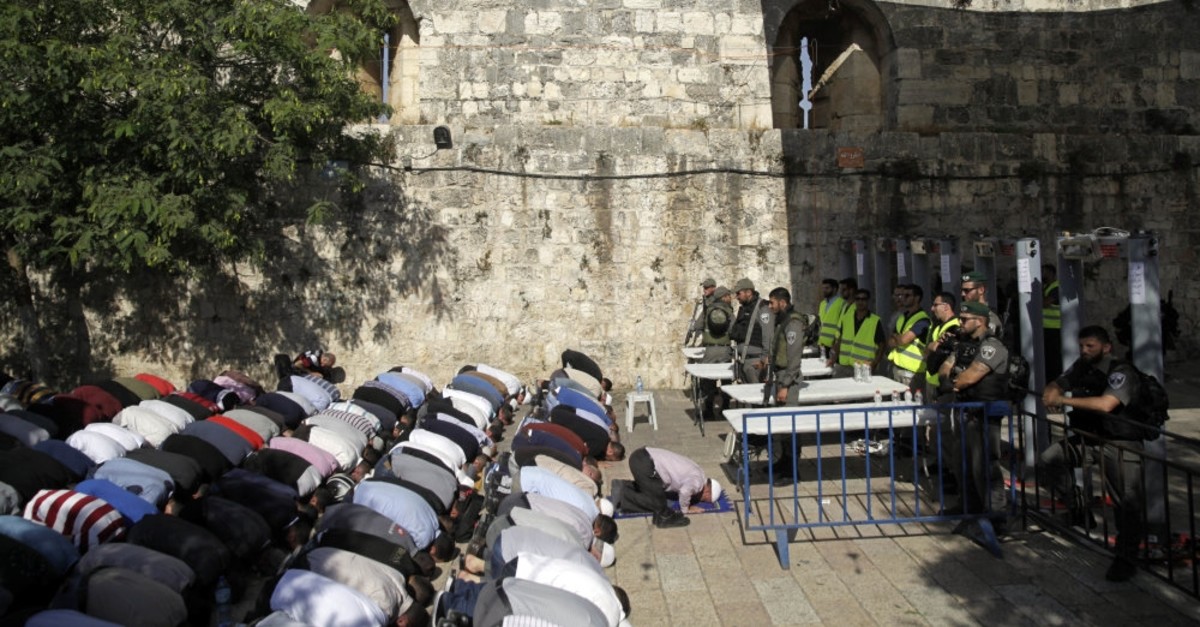 Israeli authorities have barred hundreds of Muslims from entering the Al-Aqsa Mosque; meanwhile the current government is likely to ally with extremist right-wing parties in the elections

As elections approach in Israel, current Prime Minister Benjamin Netanyahu, who would like to preserve his post despite ongoing legal cases against him, is ready to ally with extremist right-wing parties. Netanyahu's struggles and alliance are a reflection of the harshening policies against Palestinians and increasing violations at the Al-Aqsa Mosque compound. Recently, Israeli authorities barred hundreds of Muslims from entering the mosque, while certain Israeli politicians asked for an extension of the ban. Tensions escalated after a Muslim scholar was banned from entering the mosque. Following that, Jordanian authorities on Sunday accused Israel of banning senior Palestinian Muslim dignitaries from visiting Al-Aqsa Mosque.

Amman announced that Sheikh Abdel Azim Salhab, the head of the Waqf council in Jerusalem – the body responsible for the management of Muslim property – had been banned by Israeli authorities from accessing Al-Aqsa for 40 days, while his deputy Sheikh Najih Bakirat was given a four-month ban.

"The Israeli police summoned a number of other council members, including Mehdi Abdel Hadi, and stormed the home of board member Hatem Abdel Kader," said a Jordanian official.

Al-Aqsa Mosque is considered to be the third holiest place by Muslims, after Mecca and Medina. Muslims believe that the first qiblah, the direction which Muslims turn to during prayers, was Al-Aqsa until it was designated as Mecca. Moreover, the existence of the Qubbat-us Sahra within the compound makes it more special as it is believed that the Prophet Muhammad started his spiritual journey to the heavens (miraj) from that place. Since Israel occupied Jerusalem in 1967 the conflict continues between Palestinians and Israelis, as the latter believe that the holy temple of Solomon is beneath the mosque. There are several rumors claiming that Israelis were digging canals to reach the temple's ruins.

A Palestinian nongovernmental organization was quoted by Anadolu Agency (AA) as reporting that Israeli authorities banned 133 Palestinians from entering Al-Aqsa last Friday. It was worrying as the city saw huge protests in the past because of similar bans.

Israel claims that Jerusalem is its capital despite the fact that the U.N. and many countries recognize the city as occupied; however, Israel has been expanding its control over the city in recent years by making new settlements and forcing the Palestinians to abandon their land. Moreover, the recent U.S. decision to move its embassy to Jerusalem, which was a clear recognition of the city as the Israeli capital, worsened the Palestinians' situation, undermining the status quo in the city.

The upcoming elections in Israel may be triggering the Israeli government to take a harsher stance against Palestinians, as is the case in most elections when looking at history. The alliance between Netanyahu and the right-wing parties might be playing a role in the escalation of tensions, as extremist parties make public calls to open Al-Aqsa Mosque for the use of Israelis as well.