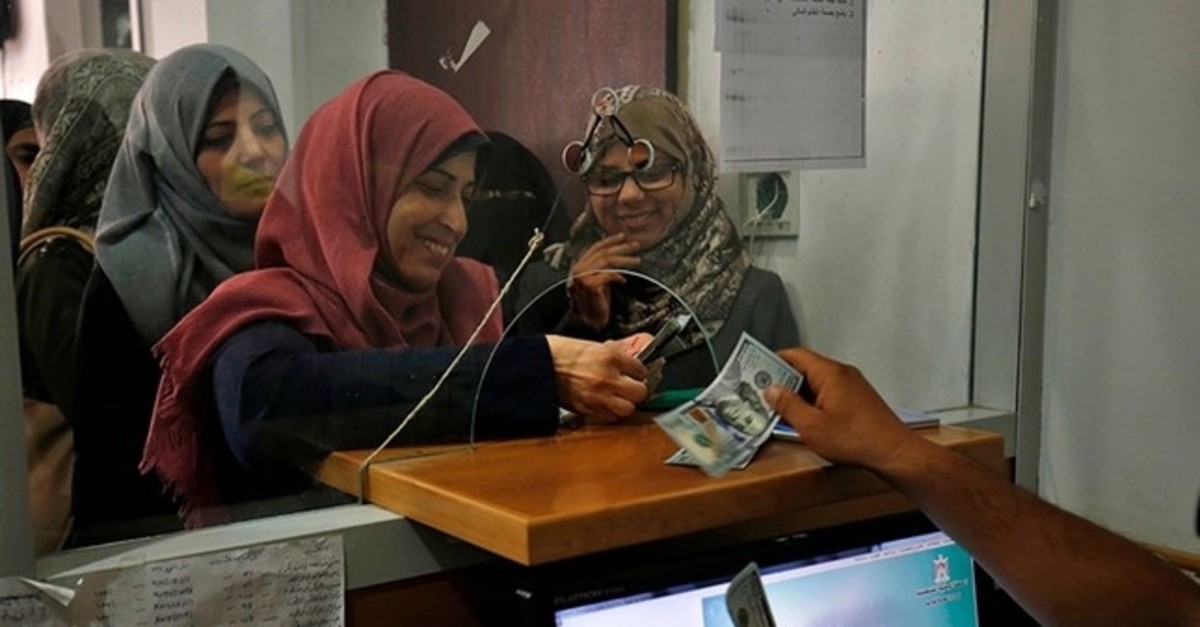 Tens of thousands of Palestinians in Gaza began receiving $100 payouts from Qatar on Monday, the latest tranche of funds under an informal deal between Hamas and Israel.

A flare-up of violence along the border fence between Israel and the Gaza Strip this month has threatened another escalation between the two sides, but the Qatari cash could help ease tensions.

Israeli Prime Minister Benjamin Netanyahu on Sunday warned Hamas he would not hesitate to launch a "large-scale operation" in Gaza.

Many analysts however believe he wants to avoid a conflict with unpredictable results while campaigning for re-election in Israel's April 9 polls.

The Qatari Gaza Reconstruction Committee, in a statement, said "disbursement began Monday of the fourth payment of cash assistance to poor families in the Gaza Strip."

Thousands of Palestinians could be seen queueing early at post offices across Gaza.

"I am here to receive $100, but $100 does not solve the crisis," said Bassam Khalil Jaber, 40. "We need permanent solutions, and this grant is a temporary solution."

In November, the Gulf state, which is a longtime Hamas ally, committed to around $15 million a month in aid over six months.

In exchange, Hamas committed to relative calm along the Israeli border, which has been rocked by Hamas-backed protests since March 2018.

But the deal became a major bone of political contention in Israel -- whose territory was used for delivery of the cash -- and also in Gaza.

A part of the funds was originally used to pay salaries of Hamas employees, but this was stopped after political criticism in Israel.

Instead much of the money will be funneled into cash for work programs with the United Nations.

The densely-populated, impoverished coastal strip, which has a population of around 2 million, has been under a crippling Israeli blockade for more than a decade. Hamas and Israel have fought three wars since 2008.