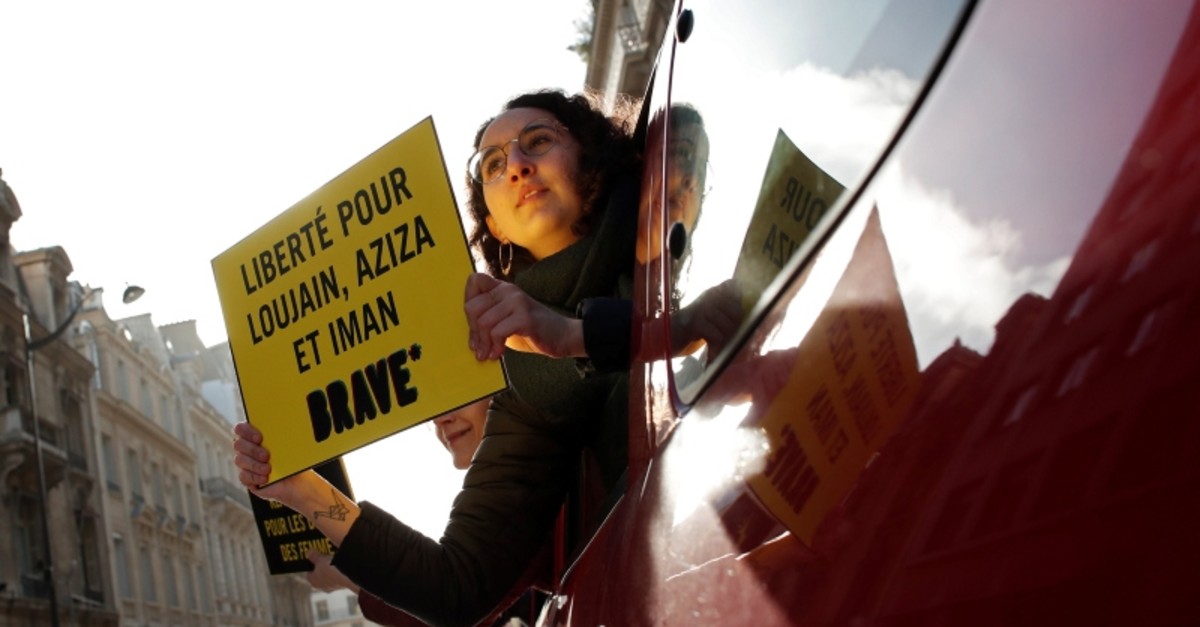 The trial of Loujain al-Hathloul, one of nearly a dozen prominent Saudi Arabian women's rights activists detained since last year, will begin on Wednesday, her family said on Twitter.

Activists claim some detainees, including 29-year-old Hathloul, were held in solitary confinement and subjected to mistreatment and torture, including electric shocks, flogging, and sexual assault. Saudi officials have denied those allegations as "false."

The arrests have intensified international criticism of Saudi Arabia after the murder of journalist Jamal Khashoggi last October in the Saudi consulate in Istanbul sparked global outrage.

Three dozen countries, including all 28 EU members, called on Riyadh last week to release the activists, the first rebuke of the kingdom at the U.N. Human Rights Council since it was set up in 2006.

U.S. Secretary of State Mike Pompeo and his British counterpart have also said they had raised the issue with the Saudi authorities during recent visits.

The Saudi government communications office did not immediately respond to a request for comment, but the public prosecutor's office said earlier this month it had completed its investigations of the detainees and was preparing their trials.

"My sister @LoujainHathloul will be having her first trial session next Wednesday at 8am at the specialized court in Riyadh. This is the court (that) deals with terrorism cases," her brother Walid wrote on Sunday.

He said she was not allowed to have a lawyer and had not been provided a list of indictments.

The public prosecutor said last June that five men and four women had been arrested and held on suspicion of harming the country's interests and offering support to hostile elements abroad. Saudi media widely denounced them as traitors.

It was unclear if the other detainees will also stand trial this week.

Hathoul, who has advocated an end to a ban on women driving and the kingdom's male guardianship system, was previously detained for 73 days in 2014 after she attempted to drive into Saudi Arabia from the UAE.

The driving ban was lifted in June, weeks after she was rearrested. The guardianship system, which requires women to obtain the consent of a male relative for major decisions, remains intact.

Dozens of other activists, intellectuals and clerics have been arrested separately in the past two years in an apparent bid to stamp out opposition to Crown Prince Mohammed bin Salman, who has consolidated power including with a sweeping anti-corruption campaign.