Palestine's Abbas blasts US over dropping 'Israeli-occupied' from report 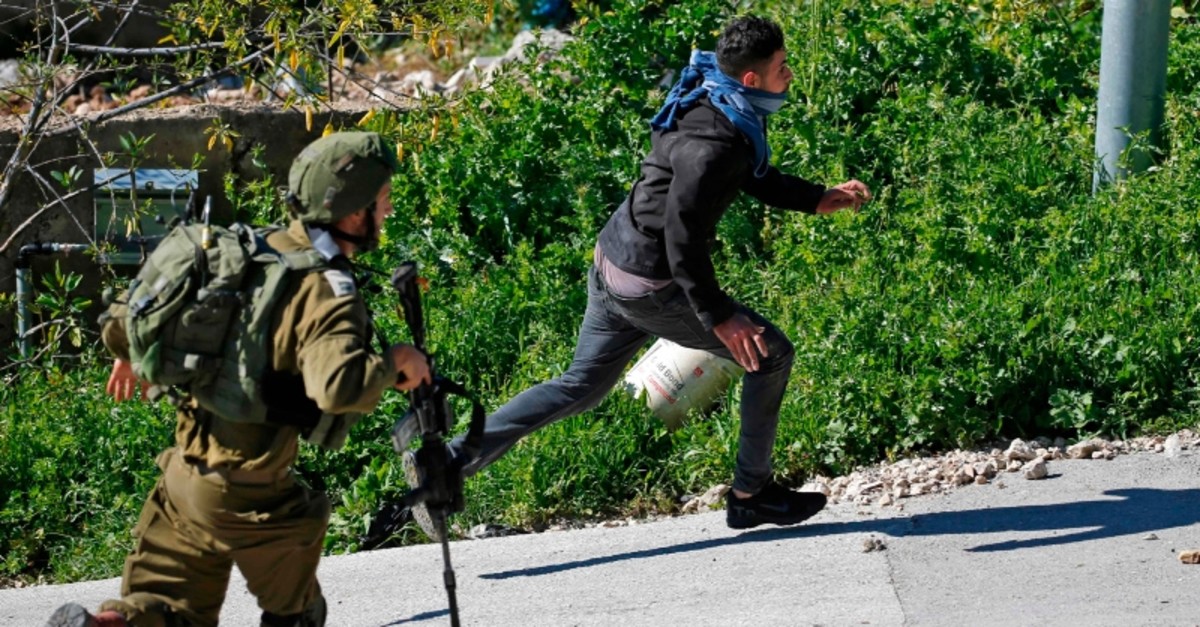 An Israeli soldier chases a Palestinian protester during clashes following a demonstration against Jewish settlements in the Israeli-occupied West Bank village of Beit Sira, west of Ramallah, March 8, 2019. (AFP Photo)
by Mar 14, 2019 5:54 pm

A spokesman for Palestinian president Mahmud Abbas has criticised a U.S. move to no longer refer to the West Bank, Gaza Strip and Golan Heights as occupied territories in its annual human rights report.

Nabil Abu Rudeineh called it "a continuation of the hostile approach of the American administration toward our Palestinian people and... contrary to all U.N. resolutions."

In a statement carried by official Palestinian news agency WAFA late Wednesday, he said the change was part of U.S. President Donald Trump's plan to "liquidate" the Palestinian cause.

Trump is expected to unveil his long-awaited plan for Israeli-Palestinian peace in the coming months, even though the Palestinian leadership has frozen contact with Washington over Trump's 2017 declaration of Jerusalem as Israel's capital.

Palestinians believe the upcoming plan will be blatantly biased in favour of Israel.

In its latest human rights report published Wednesday, the U.S. referred to the Golan Heights as "Israeli-controlled" as opposed to "Israeli-occupied."

Another semantic change that appeared in last year's report showed up again this year, with a section titled "Israel, Golan Heights, West Bank and Gaza," instead of its previous "Israel and the Occupied Territories" heading.

The U.S. State Department insisted the different wording did not mean a change in policy.

It later annexed the Golan Heights and East Jerusalem in moves never recognised by the international community.

It has withdrawn from the Gaza Strip, but has fought three wars with Palestinian resistance movement Hamas there and maintains a blockade of the territory.