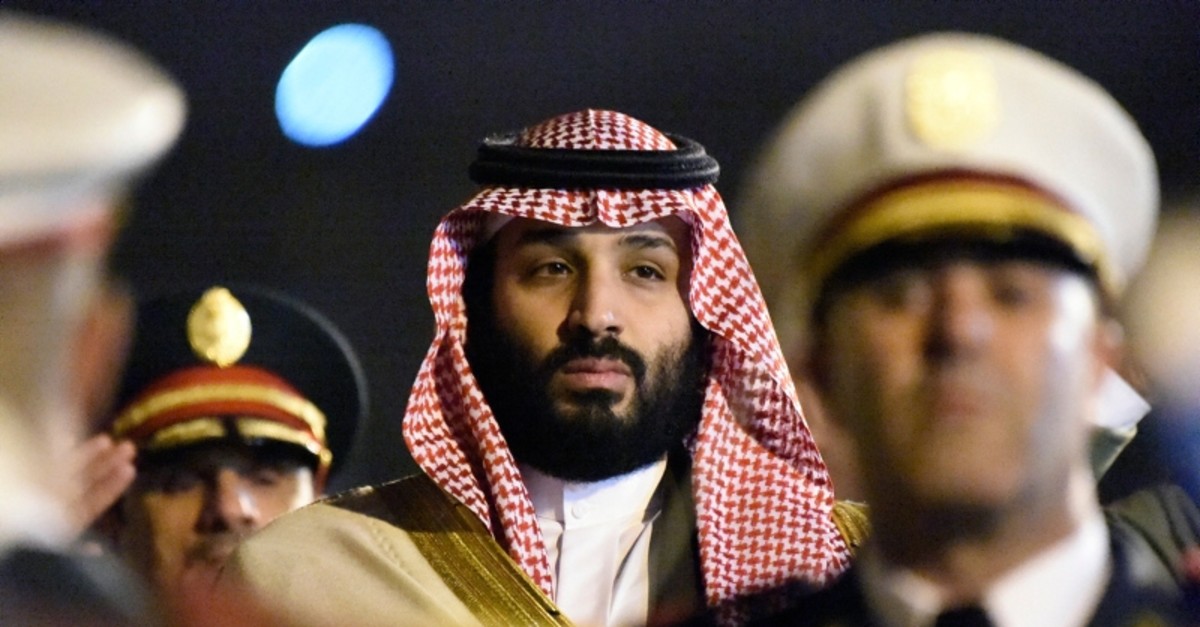 The Trump administration used an annual human rights report to call out Saudi Arabia on Wednesday over the October killing of U.S.-based journalist Jamal Khashoggi.

The State Department annual global human rights report said The Washington Post columnist was killed by agents of the kingdom, a close U.S. partner, while he was inside the Saudi Consulate in Istanbul. It drew no conclusion as to who was responsible, despite the belief of intelligence agencies and lawmakers that Saudi Crown Prince M. bin Salman ordered the murder.

The report noted Saudi Arabia's Public Prosecutor's Office indicted 11 suspects and said 10 people were under investigation but has not released more information.

"At year's end the PPO had not named the suspects nor the roles allegedly played by them in the killing, nor had they provided a detailed explanation of the direction and progress of the investigation," it said.

The report added that the murder was one of several instances in which "the government or its agents engaged in arbitrary or unlawful killings" and contributed to "an environment of impunity" in the country.

It also cited a range of other human rights abuses in Saudi Arabia, including the arrest of at least 20 prominent women's rights activists, executions for nonviolent offenses, forced disappearances and torture of prisoners.

The report noted some gains in the monarchy, including that women were allowed to vote and run as candidates in municipal elections for the first time.

Khashoggi had been living in Virginia in self-imposed exile as he wrote columns critical of the Saudi government under the crown prince, the de factor leader.

His killing caused tensions to soar between the U.S. and the kingdom, with members of Congress saying they believed the crown prince was behind the operation, an allegation the Saudi government has denied. President Donald Trump has been reluctant to place blame on a country that is central to his Middle East policy.

"The policy of this administration is to engage with other governments, regardless of their record, if doing so will further U.S. interests," Secretary of State Mike Pompeo said.

Human rights groups lambasted the report as inadequate even with Pompeo's qualification that the administration must work to promote U.S. national interests.

"From its shielding of Saudi leaders from accountability over the murder of Jamal Khashoggi, to its cozy relationship with NATO allies trending towards authoritarianism, the Trump administration seems disinterested in its own advice," said Human Rights First. "With respect to the Khashoggi killing, the administration's continued insistence that it is waiting on a Saudi-led investigation is laughable, given the complete absence of rule of law in that country."

The report noted abuses in a number of familiar U.S. adversaries like China, Cuba, Iran, North Korea, Myanmar and Russia, all of which were cited for major violations, including forced disappearances, torture, arbitrary killings and arrests and political prosecutions.

Pompeo said China "is in a league of its own when it comes to human rights abuses," citing mass detentions of hundreds of thousands of Muslims and ethnic Kazakhs as well as repression of Tibetans, Christians and other religious minorities.

In Burma, the report said evidence had surfaced to support allegations that the military carried out a campaign of ethnic cleansing against Rohingya Muslims in 2017 and it accused the government of preventing humanitarian assistance from reaching those displaced.

In Iran, the report said "the government's human rights record remained extremely poor and worsened in several key areas." Those included executions for crimes without fair trials and forced disappearances.

Russia was cited for abuses in Ukraine, as well as authoritarian moves against opposition figures.