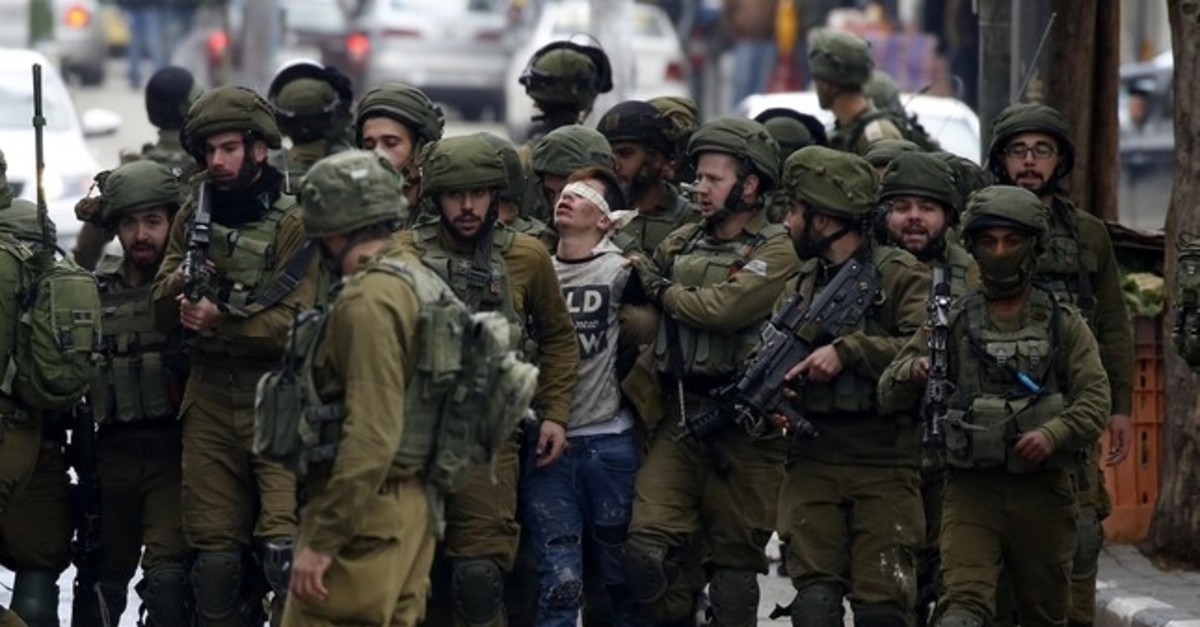 Israel arrests almost 1,000 Palestinian children every year, some of them not yet age 13, and is using this show of force as an "effective tool" for managing the Palestinian community, according to a report in the left-wing daily Haaretz, known for its opposition to Israeli Prime Minister Benjamin Netanyahu.

"According to data collected by the British-Palestinian NGO (Military Court Watch), 97 percent of the youths arrested by the IDF live in relatively small locales that are no more than 2 kilometers away from a settlement," the report said, giving several reasons for this.

Israeli soldiers generally enter Palestinian villages at night, violently seize the sought-after child, usually a boy, and whisk him away, leaving the family with a document stating where their child being taken and on what charge. While the document is printed in Arabic and Hebrew, officers usually fill in the details in Hebrew only, meaning the family may not be able to read the information about their child.

After being detained, the youth are often moved from place to place while blindfolded before being interrogated, the report said. In addition to the discomfort and the bewilderment, children face violence, as in many cases soldiers beat the detainees.

"And whether these youths are the ones who threw the stones or not, you have already put a scare into the whole village," Military Court Watch lawyer Gerard Horton said, adding that this serves an "effective tool" for managing the community.

"The point is that this has to be happening all the time, because the boys grow up and new children appear on the scene. Each generation must feel the strong arm of the (Israeli Defense Forces) IDF," he added.

The Israeli army frequently carries out wide-ranging arrest campaigns across the occupied West Bank on the pretext of searching for "wanted" Palestinians. Israeli treatment of Palestinian children in military detention has become a major area of concern for the international community.