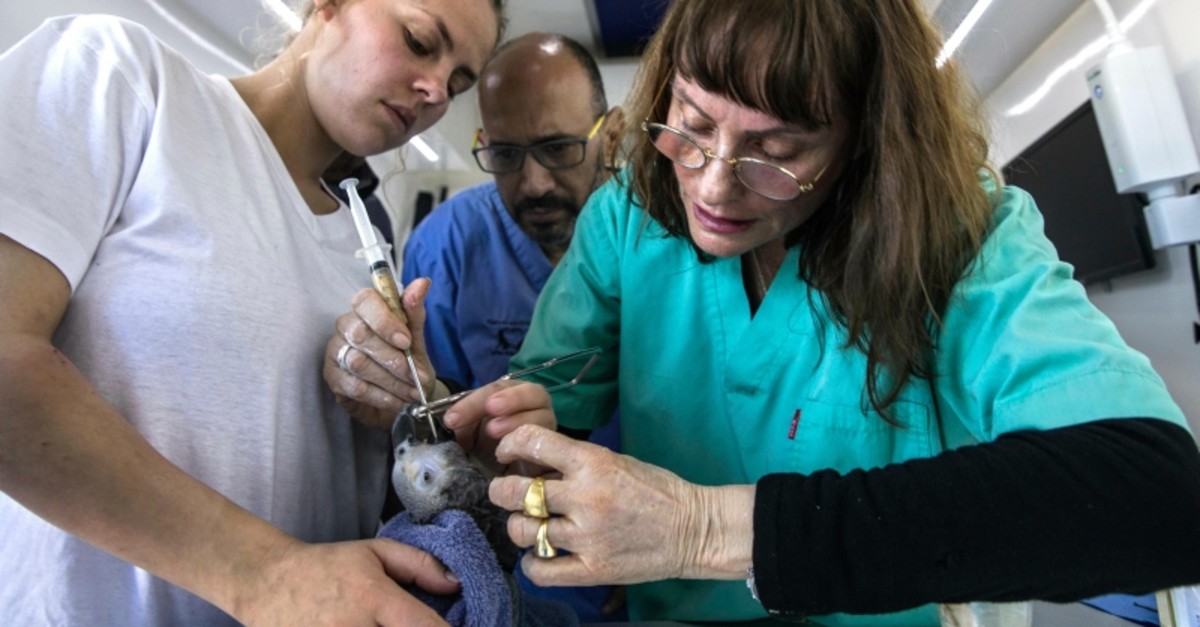 An African grey parrot, is treated by Israeli veterinarians Shlomit Levy, right, and Ofer Zadok center, from an Israeli wildlife organization, at the Erez crossing on the Israel--Gaza border, Tuesday, March 19, 2019. (AP Photo)
by Associated Press Mar 19, 2019 12:00 am

An ailing parrot in the blockaded Gaza Strip received treatment Tuesday from an Israeli animal rights group after its Palestinian owner appealed for help via Facebook.

Abdullah Sharaf told The Associated Press that his African grey parrot, Koki, drank bleach that burned a hole in his throat. He said local veterinarians, ill-equipped to handle specialized cases, suggested his exotic pet be put down.

Unconvinced, Sharaf appealed via Facebook to an animal rights group in central Israel, which agreed to help. The group sent a mobile surgery clinic to the Israel-Gaza frontier and successfully treated the bird at the crossing.

Israel and Egypt have imposed a blockade on Gaza since Hamas seized power in 2007. Palestinians in Gaza face severe travel restrictions, making it difficult to get specialized medical treatment.