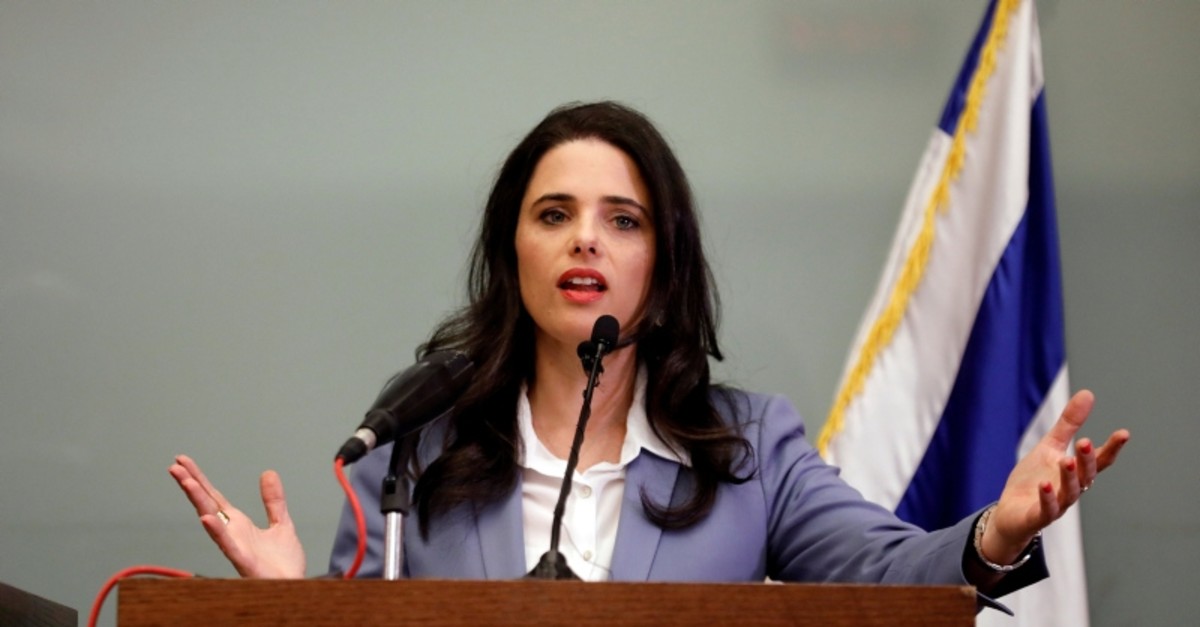 Israeli Justice Minister Ayelet Shaked delivers a statement to members of the media, at the Knesset (Reuters File Photo)
by Compiled from Wire Services Mar 20, 2019 5:15 pm

A new ad with an elegantly dressed minister using "fascist" perfume drew online outrage Tuesday, the latest in a social media war ahead of an Israeli election that has also featured a flatulent hippo.

Israeli law prevents political ads from being aired on television until two weeks before the April 9 election, so parties have flooded social media with clips instead.

The elections are expected to be close and social media is playing a part in the campaign as never before.

In the black-and-white ad, Ayelet Shaked spritzes herself with the perfume as a voice-over whispers her accomplishments as minister: "Judiciary revolution...Separation of powers, restraining the Supreme Court."

In the end, Shaked turns to the camera and says: "Smells like democracy to me."

As a minister, Shaked has clashed with the Supreme Court, which she views as an unelected bastion of the Israeli left.

The ad made a splash on social media Tuesday, with some noting the ironic tagline would appear literal to international audiences. Others speculated it would give Shaked's nationalist party, the New Right, a much-needed political boost.