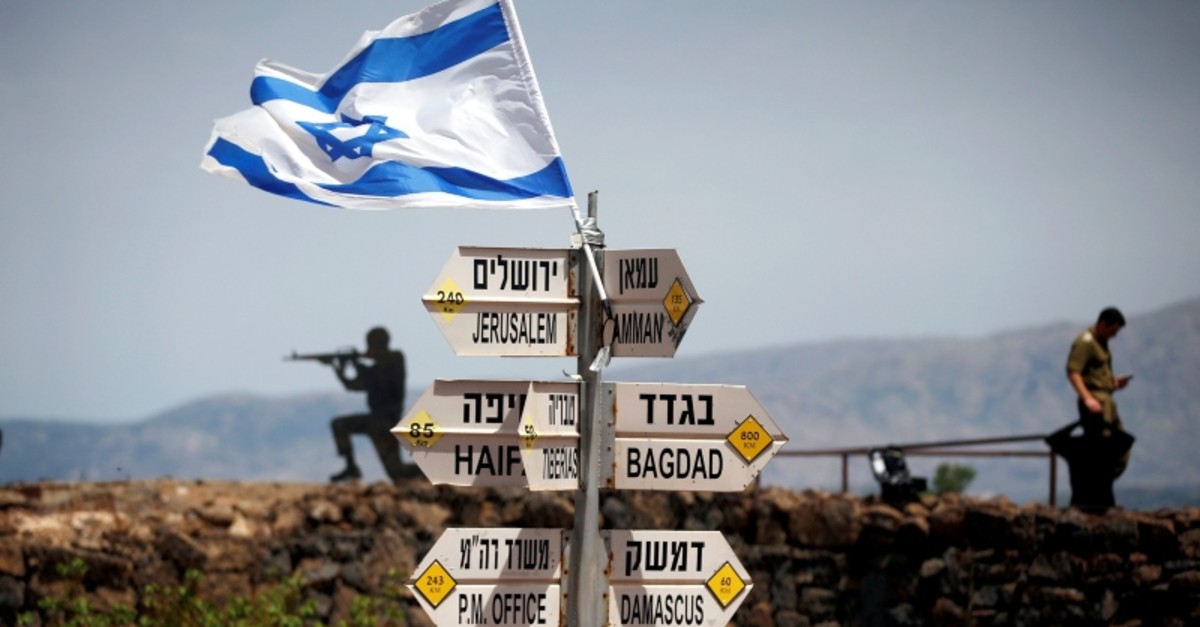 Israeli soldier stands next to signs pointing out distances to different cities, on Mount Bental, an observation post in the Israeli-occupied Golan Heights that overlooks the Syrian side of the Quneitra crossing, Israel May 10, 2018. (Reuters Photo)
by Compiled from Wire Services Mar 24, 2019 6:42 pm

"President Trump will sign tomorrow in the presence of PM Netanyahu an order recognising Israeli sovereignty over the Golan Heights," Foreign Minister Israel Katz wrote on Twitter on Sunday.

Again breaking with longstanding international consensus, Trump said Thursday that the United States should acknowledge Israeli sovereignty over the strategic plateau it seized from Syria in the 1967 Six-Day War.

He however left unanswered if or when he would follow through with an order to do so.

Netanyahu has long pushed for such recognition, and many analysts saw Trump's statement, which came in a tweet, as a campaign gift ahead of Israel's April 9 polls.

Israel captured much of the Golan from Syria in a 1967 war and annexed it, a move not endorsed internationally. Netanyahu raised the possibility of U.S. recognition in his first White House meeting with Trump in February 2017.

After an eight-year civil war, peace talks with Israel are unlikely anytime soon. Throughout the war, Israel has carried out scores of airstrikes in Syria to prevent Iran from establishing a permanent military presence there.

The decision is the latest major move in favor of Israel by Trump, who in 2017 recognized the disputed city of Jerusalem as the country's capital.