At least 5 Palestinians injured in Israeli strikes in Gaza 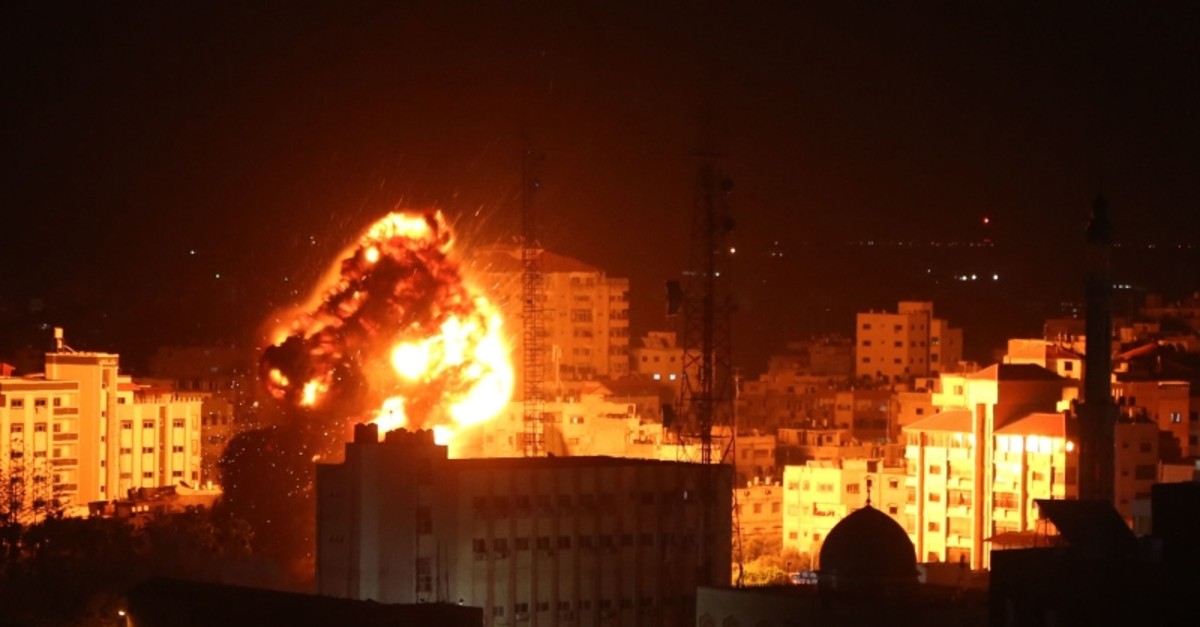 A ball of fire belows above buildings in Gaza City during reported Israeli strikes on March 25, 2019 (AFP Photo)
by Compiled from Wire Services Mar 25, 2019 6:52 pm

At least five Palestinians were injured after Israeli warplanes carried out a fresh wave of airstrikes across the blockaded Gaza Strip on Monday, according to military sources.

The official, who was familiar with the Egyptian mediation but who spoke on condition of anonymity, said the truce went into effect at 2200 local time (2000 GMT).

"An agreement on a ceasefire was reached between Palestinian factions and Israel upon Egyptian mediation," the official said.

Hamas TV also reported that a ceasefire agreement had been reached.

However, rocket fire and airstrikes were heard in Gaza despite reports of the ceasefire. A Hamas leader said truce was at stake as Israeli army shelled four other areas.

The source in Gaza said Ismail Haniya's office was targeted in the strike on the office west of Gaza City, with eyewitnesses saying it was destroyed.

The army confirmed it had targeted his office.

Two other Hamas buildings had already been destroyed, the military said.

Hospitals all over the coastal enclave declared a state of emergency.

Ambulances rushed to the scene. No injuries were reported after Gaza militants evacuated their posts and military compounds.

A security source in Gaza said there had so far been at least six strikes, including five in and around Gaza City and one in southern Gaza between Rafah and Khan Younis.

In response, the Israeli army deployed Iron Dome missile-defense batteries in several locations across the country, according to local media reports.

The army also deployed two additional infantry brigades along the Gaza-Israel buffer zone -- while calling up fresh reservists from its air-defense units -- in the immediate wake of the rocket barrage.

Israel and Hamas have fought three wars, the latest in 2014 since the group seized the Gaza Strip from forces loyal to Palestinian President Mahmoud Abbas in 2007.

Violence has flared regularly along the Israel-Gaza border since Palestinians began protests on March 30 last year to demand rights to land lost to Israel in the 1948 war of its creation.

Israeli gunfire killed more than 220 Palestinians since the start of the demonstrations, which have included breaches of Israel's border fence.