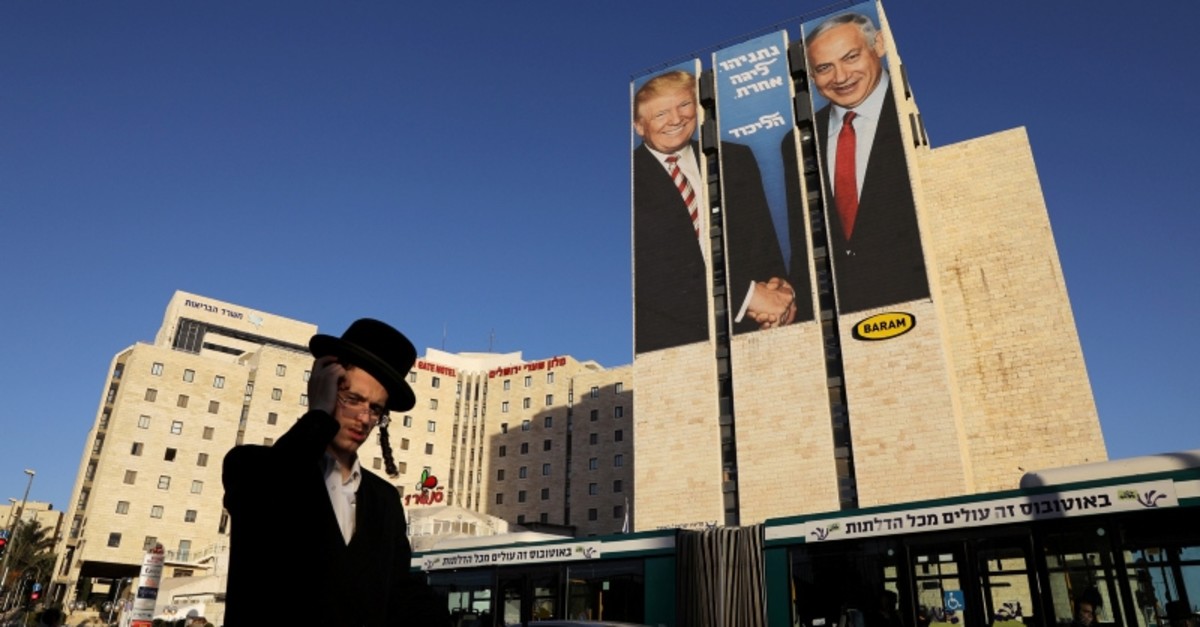 Israeli Prime Minister Benjamin Netanyahu is cutting short a visit to the United States after a rocket fired from the Gaza Strip hit a house in a community north of Tel Aviv on Monday.

Israel's army said the rocket was fired from the enclave governed by the Palestinian group Hamas, raising the risk of another escalation between the two sides just ahead of April 9 Israeli elections.

Netanyahu is currently in Washington and said he would return home after meeting U.S. President Donald Trump later Monday, canceling an address to pro-Israel lobby AIPAC's annual conference on Tuesday.

The Israeli military on Monday decided to close two main crossings with the Gaza Strip, following rocket fire from the Palestinian territory.

Major General Abu Rokon, the coordinator of government activities in the territories, said the Erez (Beit Hanoun) and Kerem Shalom crossings will be shut until further notice, according to Israeli daily Yedioth Ahronoth.

The house hit was located in the community of Mishmeret, around 20 kilometres (12 miles) north of Tel Aviv, police said.

Mishmeret is more than 80 kilometres (50 miles) from the Gaza Strip and rocket fire from the Palestinian enclave at that distance is rare.

The hospital treating the wounded said seven Israelis were injured lightly by burns and shrapnel, including three children.

One of the wounded was a six-month-old child and six of them were members of the same family.

The house was destroyed in the wake of the rocket and subsequent fire, with burnt wood, a children's toy and other debris piled at the site.

Netanyahu said "there has been a criminal attack on the state of Israel and we will respond with force."

"I have decided, due to the security incidents, to cut short my visit to the United States," he said in a video released by his office.

"I will meet President Trump in a few hours and just after that I will return to Israel to lead closely the operations."

There was no Palestinian claim of responsibility for the rocket fire.

The outburst comes at a sensitive time for both sides. Israel is holding national elections in 15 days. Netanyahu, who also served as defense minister, is locked in a tight fight for re-election and has faced heavy criticism from his opponents for what they say has been an ineffective response to Gaza militants.

"The reality in which Hamas turned Israel into a hostage is unprecedented and unfathomable," his chief challenger, Benny Gantz, wrote on Twitter on Monday.

Netanyahu has also come under attack from his own nationalistic camp.

"Israel's deterrence has collapsed, and it has to be said in all honesty Netanyahu has failed against Hamas," said Education Minister Naftali Bennett, head of the Yamin HeHadash faction in Netanyahu's coalition. "Netanyahu is a good prime minister but a failed defense minister."

Egypt, Qatar and the United Nations are trying to broker a long-term truce between Israel and Hamas but that effort has yet to bring about an agreement. At the same time, there has been an uptick in violence in the West Bank over the past week, with Israel's killing of two Palestinians it said attacked troops.

No damage or injuries were caused, but Israel responded to that and further rocket fire by hitting what it said were around 100 Hamas targets across the Gaza Strip.

Four Palestinians were reported wounded in those strikes.

Both Hamas and Islamic Jihad denied they were behind the March 14 rocket fire towards Tel Aviv, raising the possibility they were launched by fringe groups.

Israel's military said they were launched by Hamas, but later there were Israeli media reports that the army's preliminary assessment was that they had been fired by mistake during maintenance work.

The reports were a sign that Israel was seeking to calm tensions. The military refused to comment on the reports at the time.

Monday's rocket comes just days ahead of the first anniversary on March 30 of Palestinian protests and clashes along the Gaza Strip's border with Israel.

An informal truce between Hamas and Israel had led to relative calm along the border, but recent weeks have seen another uptick in violence.

Netanyahu's visit to the United States was expected to include Trump's formal recognition of Israeli sovereignty over the Golan Heights, which it seized from Syria in the 1967 Six-Day War.