UNSC members single out US decision on Golan Heights 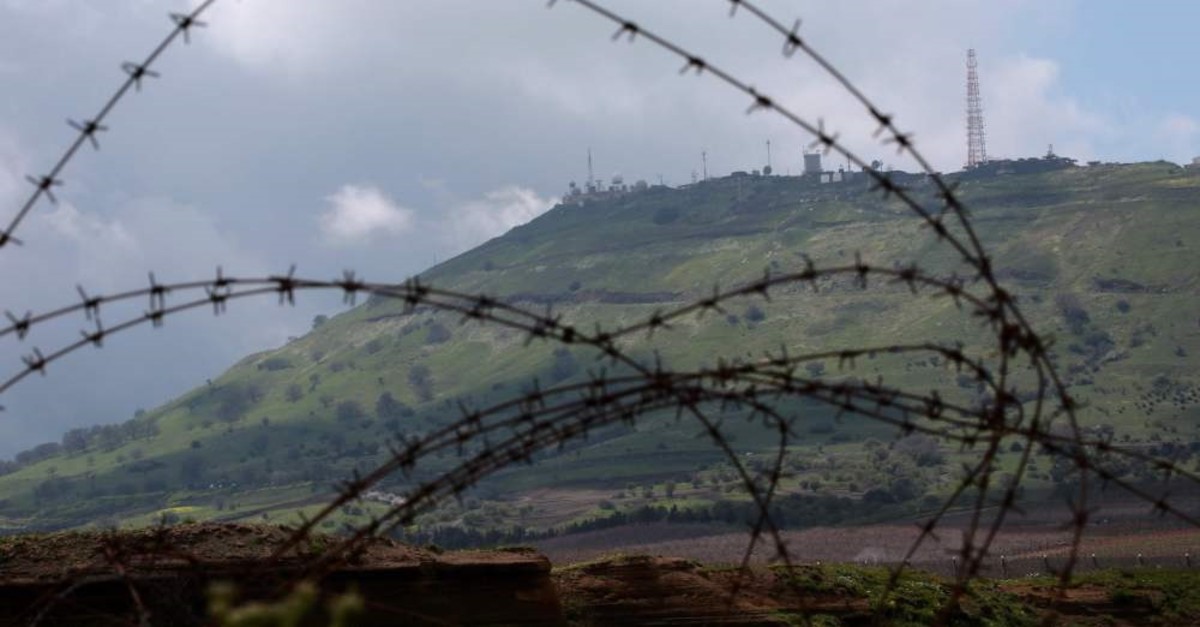 The U.S. stood alone in the U.N. Security Council (UNSC) meeting Thursday for recognizing Israel's sovereignty on the occupied Syrian Golan Heights as all the members of the council except Washington condemned the action. Convened due to a Syrian regime request on Wednesday, the Security Council saw the isolation of the U.S. with 14 out of 15 members of the council criticizing the decision and warning that it risks regional stability and undermines the rules-based international order. "Any unilateral action that would turn its back on the resolutions of the council is doomed to failure," said Security Council President Anne Gueguen, speaking as the French representative.

Last week, U.S. President Donald Trump declared on his official account, "After 52 years, it is time for the United States to fully recognize Israel's sovereignty over the Golan Heights, which is of critical strategic and security importance to the state of Israel and regional stability!" Shortly after, he signed a decree on Monday recognizing Israel's sovereignty over the plateau that Israel seized from Syria in the 1967 Middle East War, despite previously citing the illegality of such actions in the past.

The decision sparked a global outcry as many countries including European states raised concerns about the consequences of recognizing illegal annexation and also about the broader regional consequences.

Members of the Security Council collectively recognized Trump's decision as a unilateral move that violates international law and Security Council resolutions that the U.S. has previously supported.

The Syrian regime representative to the U.N. Bashar Jaafari underscored that the move guarantees chaos and destruction in the region and ensures Israeli occupation of Arab territories, which could go on forever, while the Russian U.N. ambassador warned that such "aggressive revision of international law" could "fuel instability in the Middle East."

Even Washington's allies opposed the decision strongly. British U.N. envoy Karen Piercethe emphasized that the U.S. proclamation was in contravention of a 1981 Security Council resolution, supported by the U.S. under President Ronald Reagan, and which declared Israel's annexation of the Golan Heights "null and void and without international legal effect."

On the other hand, Washington kept insisting that the action will bolster Israel's security and could contribute to the stability of the entire Middle East by keeping Syria and its Iranian ally in check.

"To allow the Golan to be controlled by Syria would turn a blind eye to the threats emanating from Damascus and from Iran and its Hezbollah allies, which want to use the territory to attack Israel," Rodney Hunter, political coordinator of the U.S. mission to the U.N., said.

Commenting on peacekeeping forces in the region deployed in 1974 to monitor a cease-fire between Syria and Israel, Hunter told the council that the recognition of Israeli sovereignty on the Golan Heights does not affect the truce or undermine the deployment of the 880-troop U.N. peacekeeping mission.

The Golan Heights was seized by Israel from Syria during the Six-Day War in 1967. Fourteen years later, the Israeli parliament unilaterally proclaimed sovereignty over the territory; however, the Security Council declared that the motion was "null and void and without international legal effect." Israel occupies roughly two-thirds of the wider Golan Heights as a de facto result of the conflict. In a bid to consolidate its presence in the region, Israel has lobbied in the U.S. to recognize its claim over the Golan, yet all past administrations refused such a move.

Despite the overwhelming opposition in the Security Council and declarations that such a decision is "null and void," the territory remains as "occupied territory of Syria;" thus, Washington is most likely to get away without facing any repercussions due to its veto power.

The unconditional veto possessed by China, France, Russia, the United Kingdom and the United States has been seen as the most undemocratic character of the U.N. and hindered actions to divert humanitarian crises and punish those members for their grave violation of international law. Not only have broader attempts to bring peace to Syria been unsuccessful, but also no serious attempts have been made to control the growing roles of foreign states in the conflict due to the veto powers.

Turkey has been one of the most prominent countries advocating reform in the U.N. with President Recep Tayyip Erdoğan's motto of "the world is bigger than five." Erdoğan maintains that major decisions should not be left to the mercy of five members only, but rather, countries should alternate and the number of members sitting at the Security Council should be increased to around 20.

Meanwhile, the spokesman of the Arab League said yesterday that the League will not recognize Washington's decision to hand over the Golan Heights to Israel in the next meeting scheduled for the weekend. Mahmoud al-Humeyra noted that Arab countries will discuss strong steps to be taken against Trump's move in this meeting.