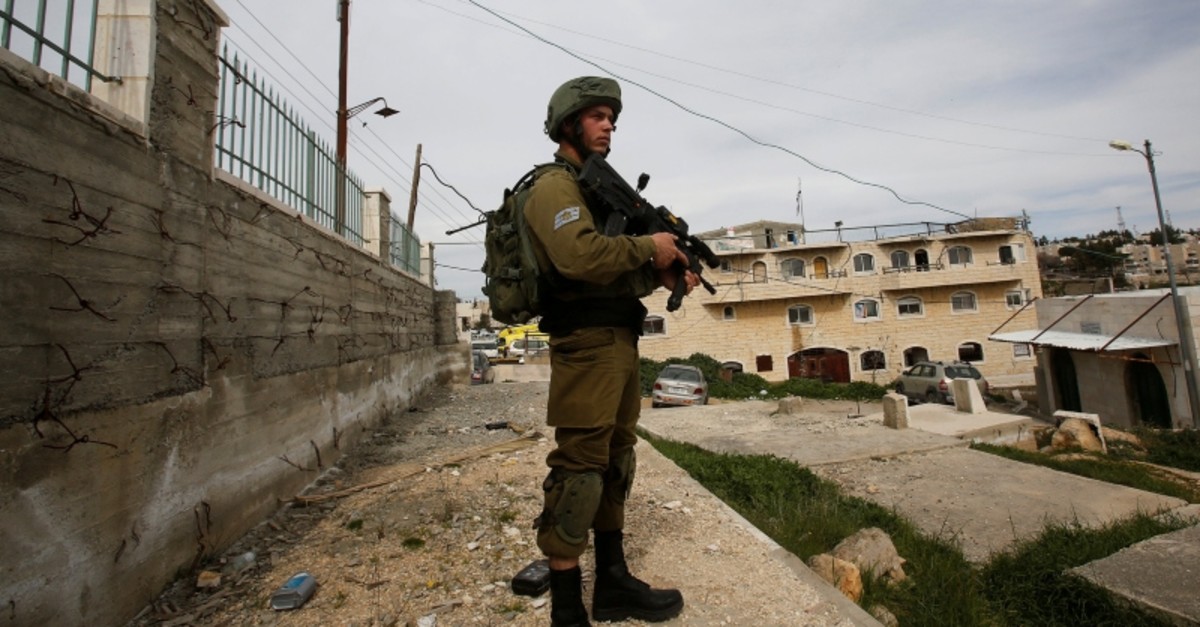 Israeli soldiers detained a 9-year-old Palestinian boy at his school in the occupied West Bank city of Hebron, as shown in a video recorded by human rights activist Aref Jaber.

In the video shared by CNN, armed soldiers detained Zein Idris and attempted to detain his 7-year-old brother Taim at Ziad Jaber elementary school, accusing the boys of throwing stones at settlers' cars.

Under Israeli civilian and military law, the age of criminal culpability is 12, but Palestinian children younger than 12 have regularly been detained by Israeli troops.

"They threw stones, I don't care how old they are," one soldier tells the school principal after he protests that the boys are very young.

The soldier later threatens to break the teacher's arm if he does not let go of Idris. The 9-year-old is eventually marched off by the soldiers and put into an army vehicle, while Idris' younger brother Taim remains hidden away in a classroom.

The elementary school and residents of the neighborhood said the young boy was detained for nearly an hour at a nearby military post, according to the report by CNN.

"They ran into the school and arrested me," Idris told CNN during an interview at his home after the incident. "One of the soldiers screamed at me while twisting my ear and said, 'you threw a stone.' I told him I didn't, but he grabbed my shoulder and pushed me hard to the wall and kept me arrested for two hours."

An Israeli army spokesperson told CNN that the students had thrown stones toward cars owned by Israeli settlement residents. The spokesperson said that the soldiers delivered a warning to the boys, but denied that anyone had been detained.

"The most dangerous thing is that arresting children here is becoming normal," Jaber, who took the video, told CNN. Jaber has lived in Hebron his whole life and frequently documents rights abuses against Palestinians in the largest West Bank city.

Jaber said the detentions have a scarring psychological effect on the children in the West Bank.

"The scars are deep. Many of the children here are scared to go to school, others are prevented by their own parents from leaving the house and playing with their friends in the neighborhood," he said.

The U.N. children's agency UNICEF characterizes what happened to Idris as an arrest, emphasizing that incidents of soldiers entering schools are frequent in the West Bank.

"Not only do all children everywhere have a right to a safe education and protection from all forms of violence and exploitation, but it is also essential for their mental and physical well-being," UNICEF Palestine Special Representative Genevieve Boutin was quoted as saying.

"Children who face such violations often experience difficulties in schools and are at risk of drop out," she added.

An average of 271 Palestinian were detained each month in 2018, according to Israeli Prison Services' figures. That number does not include children like Idris who have been temporarily detained by soldiers.