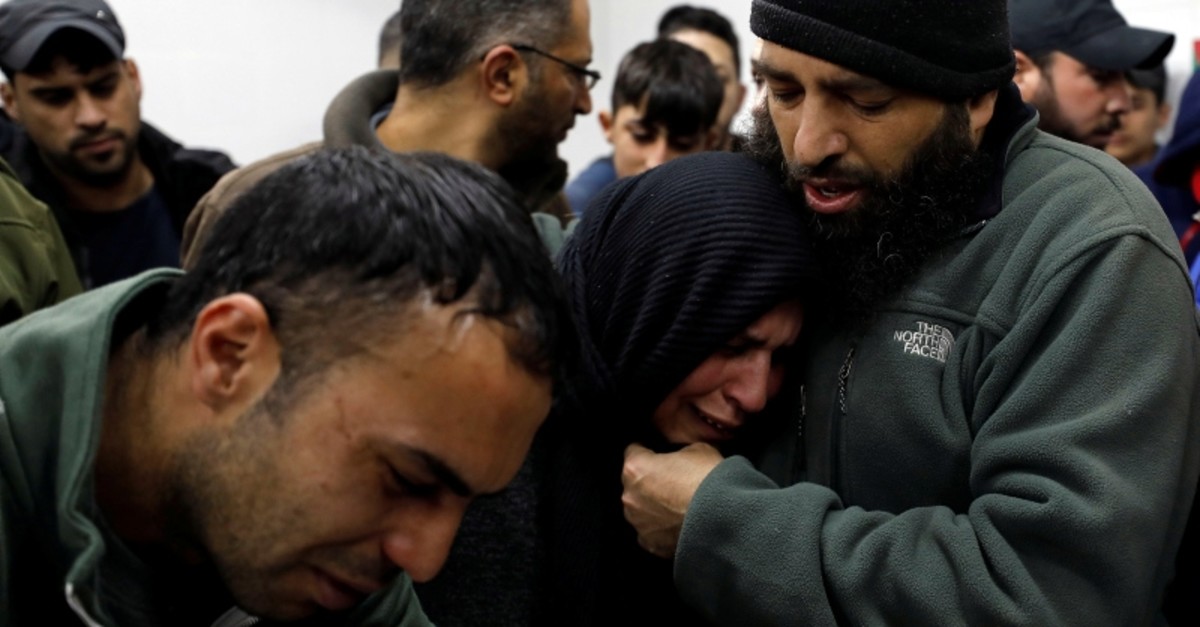 The mother of Palestinian Mohammad Edwan, who was killed during an Israeli raid, is comforted as she reacts at a hospital in Ramallah, in the Israeli-occupied West Bank April 2, 2019. (Reuters Photo)
by Anadolu Agency Apr 02, 2019 11:46 am

A young Palestinian man was shot dead and two others injured by Israeli forces near the occupied West Bank city of Ramallah, the Palestinian Health Ministry said Tuesday.

Mohammad Edwan, 23, was shot multiple times by Israeli forces while driving his car in the Qalandia refugee camp south of Ramallah," the ministry said in a statement.

"The Palestinian victim was shot more than 10 times by the forces, who left him to bleed to death," it added.

According to the ministry, two other Palestinians were injured after clashes erupted in the refugee camp.

Dozens of Israeli forces stormed Qalandia checkpoint and other neighborhoods in Ramallah at dawn, triggering clashes with dozens of Palestinians.