Netanyahu plays West Bank card to mobilize his voter base 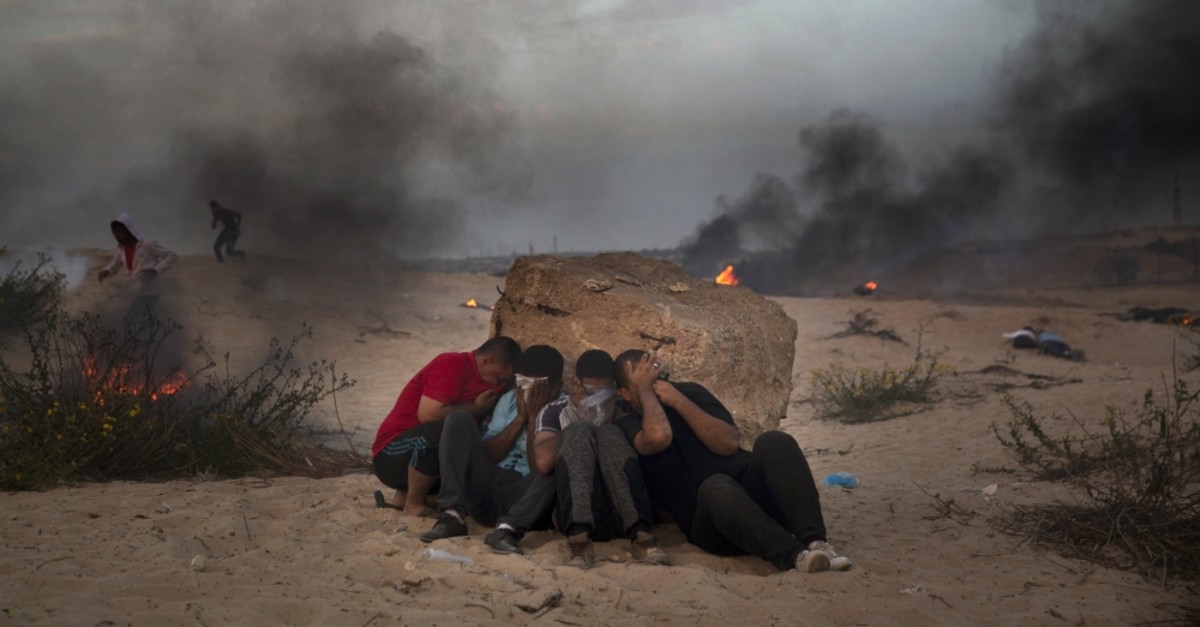 Israeli Prime Minister Benjamin Netanyahu continues to insist on his pledge to annex Jewish settlements in the occupied West Bank if re-elected which, for many, is yet another attempt to attract far-right votes in today's elections. In an interview Saturday Netanyahu said he plans to annex settlements in the West Bank if re-elected, a dramatic policy shift apparently aimed at rallying his nationalist base in the final stretch of the tight race.

Speaking to reporters ahead of his departure yesterday for a meeting with Russian President Vladimir Putin in Moscow, Erdoğan said "West Bank is absolutely a territory of Palestinians."

"Israel is taking another measure for occupation," Erdoğan told reporters and emphasized that Turkey will stand with Palestine.

Erdoğan went on to say: "Every action of Israel since 1948 is illegal. But, of course, it has always taken these steps with a support of the U.S."

Netanyahu has already promoted Jewish settlement expansion in his four terms as prime minister, but until now refrained from presenting a detailed vision for the West Bank, seen by the Palestinians as the heartland of a future state.

In an interview with Israeli television, he said: "We will ensure that we are in charge on the ground. And we will impose sovereignty over the settlements in Judea and Samaria [the West Bank]."

"The West Bank is Palestinian territory occupied by Israel in violation of international law. Prime Minister Netanyahu's irresponsible statement to seek votes just before the Israeli general elections cannot and will not change this fact," Çavuşoğlu said about the issue.

Justice and Development Party (AK Party) spokesperson Ömer Çelik, on the other hand, said Netanyahu's pledge violates U.N. Security Council resolutions and disregards international law. "This pledge not only transgresses the law, but it also attempts to completely destroy it," Çelik said in a Twitter post.

Çelik noted that Netanyahu was encouraged by U.S. President Donald Trump's move to recognize Jerusalem as the Israeli capital and the decision to recognize the Israeli occupation of the Golan Heights. He continued by saying that the Israeli prime minister is blatantly risking peace and stability in the Middle East and provokes Palestinians. Çelik also urged all world powers to condemn the discourse of hatred used by Netanyahu.

"There is not a single value or legal provision that he [Netanyahu] did not attack," Çelik said and added: "Those who support the occupation of others need to carefully think about the repercussions as it poses the most fundamental threat to international law and security."

The move was viewed in Israel as a political gift by Trump to Netanyahu, who is being challenged by former military chief Benny Gantz. The U.S. State Department declined to comment on Netanyahu's statement.

The right-wing Likud party, which is led by Prime Minister Benjamin Netanyahu, and the Blue and White political alliance led by Benny Gantz are considered the main rivals in the polls to elect members of Knesset (Israel's parliament).

Polls have indicated a close race, though Netanyahu's Likud Party is expected to have a better chance than Gantz's Blue and White slate to form a ruling coalition. Polls forecast more than 60 out of 120 parliament seats for the Likud and smaller right-wing and ultra-Orthodox Jewish parties.

Historical Palestine was taken from the Palestinians in 1948 to make way for the new state of Israel.

During recognition of Jerusalem as Israel's capital and the Israeli sovereignty in Syrian Golan Heights, the U.S. took the lead; moreover, the U.S. actions did not comply with the U.N. resolutions.

Israel occupied the West Bank, including East Jerusalem, during the 1967 Arab-Israeli War. It annexed the entire city in 1980, claiming it as Israel's "eternal undivided capital," a move never recognized by the international community. International law views the entire West Bank as "occupied territory" and considers all Israeli settlement building there as illegal.