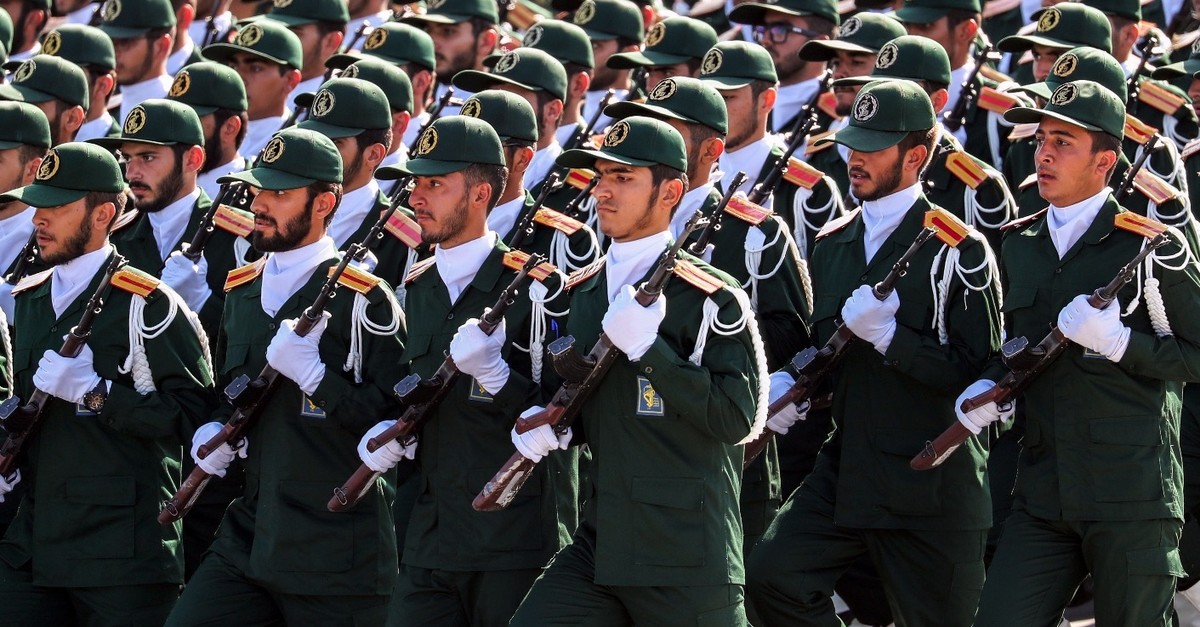 After the U.S. move to blacklist Iranian forces, Tehran has warned Washington of ‘dangerous consequences' while its archrivals Saudi Arabia and Israel welcomed the decision

With Washington's blacklisting of arch-rival Tehran's elite Revolutionary Guards as a terrorist organization, concerns over any escalation of tensions in the Middle East region has grown.

On Monday, Trump designated Iran's Islamic Revolutionary Guards Corps (IRGC) a foreign terrorist organization. In a tit-for-tat response to Washington's decision, Iran accused the U.S. government of supporting terrorism and recognized the U.S. Central Command (CENCTOM) as a terrorist organization and vowed take action against U.S. forces in the region.Revolutionary Guards commanders have repeatedly said that U.S. bases in the Middle East and U.S. aircraft carriers in the Gulf are within range of Iranian missiles. Tehran has also threatened to disrupt oil shipments through the Strait of Hormuz in the Gulf if the U.S. tries to strangle Iran's economy by halting its oil exports. Trump's move came after relations between Tehran and Washington took a turn for the worse last May, when the U.S. president pulled out of a 2015 nuclear deal between Iran and six world powers, and reimposed sanctions.

"You want to use terrorist groups as tools against the nations of the region… you are the leader of world terrorism," Iranian President Hassan Rouhani proclaimed yesterday in a televised address to the nation, while accusing the U.S. of shielding terrorists in the region. He also stated that Trump's move was a "mistake" that will unite the nation and make the Revolutionary Guards more popular among Iranians.

Iran's Supreme Leader Ayatollah Ali Khamenei rejected the U.S.'s move, saying the Guards had confronted enemies at home and abroad, state TV reported. "Our Sepah [the Guards] are in the frontline of confronting enemies of our [1979 Islamic] revolution and has always defended the country... America has failed to block our advancements," Khamenei told a group of members of the Guards.

Meanwhile, Iranian politicians wearing the uniform of IRGC in solidarity with the military, convened an open session of parliament with chants of "Death to America" and "Death to Israel," marking the National Day of the Revolutionary Guard. Comprising an estimated 125,000-strong military with army, navy and air units, the Guards also command the Basij, a religious volunteer paramilitary force, and control Iran's missile programs. The Guards' overseas Quds forces have fought Iran's proxy wars in the region. Iran enjoys influence through proxies in the region. From Syria to Yemen to Lebanon, the standoff between Washington and its allies and Tehran continues to shape events.

Saudi Arabia yesterday welcomed a U.S. decision to declare IRGC a foreign terrorist organization, state media reported. "The U.S. decision is a serious step in the efforts to combat terrorism," a Saudi foreign ministry source was quoted as saying by official news agency SPA. Riyadh is a major regional rival of Tehran and the two countries support opposing sides in several conflicts including in Syria and Yemen.

Since President Trump took office, he has been accusing Iran and its proxies of financing terror groups and posing a national security threat to the U.S. Similarly, Israel has gradually hardened its tone against Iran, even targeting some Iranian positions in Syria. Israeli Prime Minister Benjamin Netanyahu thanked the U.S. President in a tweet after the designation was made, "for your decision to designate the Islamic revolutionary guards as a terrorist organization. Once again you are keeping the world safe from Iranian aggression and terrorism."