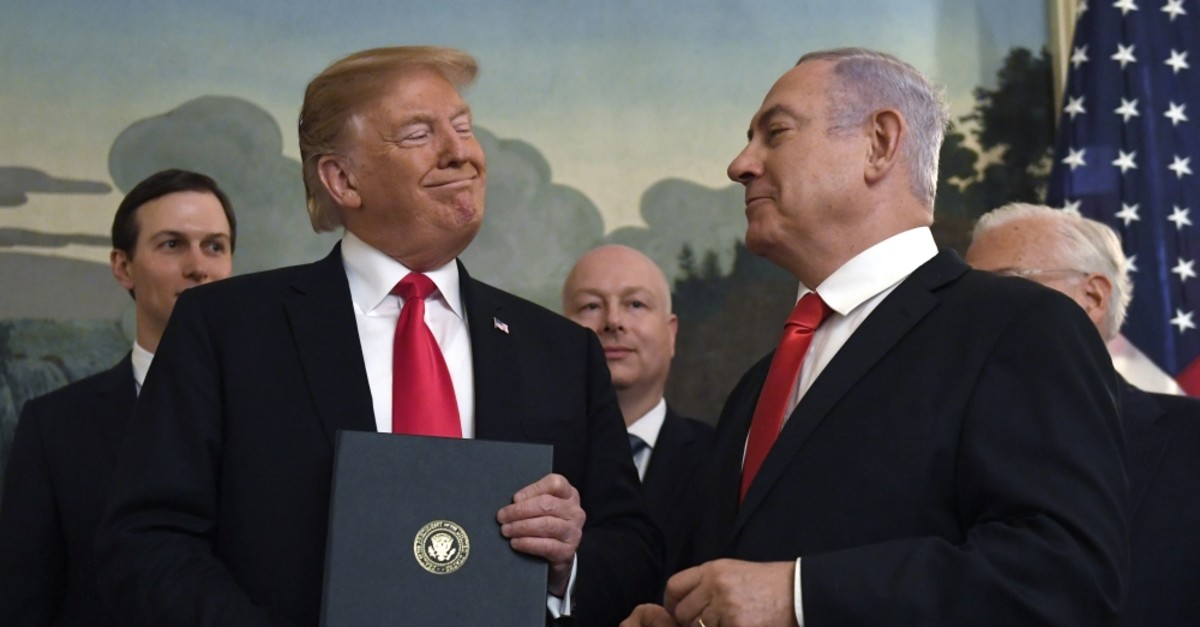 Israeli Prime Minister Benjamin Netanyahu managed to clinch a sufficient number of seats in the parliament in a tight election race after he received support from the U.S. and Russian presidents

Israeli Prime Minister Benjamin Netanyahu declared victory in the national elections, which were held on Tuesday. Entering a tight race and facing a serious challenge from his main rival Benny Gantz, Netanyahu managed to receive sufficient seats in parliament to form a government. In spite of the legal cases against him on corruption and bribery charges, he gained the support of two main international powers, the U.S. and Russia. As a result of the two powers' efforts, Netanyahu found a chance to create distractions from the allegations around him and make people focus on foreign issues, primarily the alleged threat posed by Iran. Israel witnessed a tight elections race and both contenders could not garner enough votes to form a majority government.

However, Israeli television channels declared that the seats that Netanyahu obtained in the parliament were sufficient for him to form a coalition. Netanyahu's Likud Party and Gantz's Blue and White Party both gained 35 seats in the Knesset, the Israeli parliament. Although the official results will be declared on Friday, it is certain that Netanyahu's party and his right-wing alliance will have 65 seats while the number of seats held by his rivals will be 55. After the declaration of official results Netanyahu, who will become Israel's longest-serving prime minister, will begin talks with his allies.

Notwithstanding the ongoing allegations and legal cases around him, Netanyahu managed to secure the majority of votes. It is interesting that he has received support from both the U.S. President Donald Trump and Russian President Vladimir Putin. Considering the fact that foreign policy and the conflict with the Palestinians are the leading topics in Israeli politics, Netanyahu played his cards very aptly. Each time he highlighted that Trump was supporting him.

The Trump administration moved the U.S. Embassy from Tel Aviv to Jerusalem, which is internationally recognized as under Israeli occupation. Moreover, the "occupied" label was omitted from U.S. government reports while referencing the Palestinian lands that are occupied by Israeli settlers. Finally, a few weeks ago Trump said the Israeli sovereignty over the occupied Golan Heights had to be recognized. The U.S. decision to label the Iranian Revolutionary Guards as a terror group has also been welcomed by Netanyahu as he considers Iran as the main national security threat to his country. Therefore, it was clear for the Israeli people that keeping Netanyahu in power will consolidate Israel's position in the region with Trump's generous support.

Similarly, Putin also helped Netanyahu stay in the prime ministerial post. Putin and Netanyahu have met 11 times since September 2015. Although the Israeli and Russian officials were accusing each other two months ago of escalating tensions in Syria, violating the regime's sovereignty through aerial strikes or helping Iran to expand its influence zone in the region, Putin and Netanyahu have always had warm relations. A week before the elections Putin said, "The Russian military helped locate the remains of an Israeli soldier missing since 1982." Finding the remains of the Israeli soldier had a symbolic meaning for Israelis and it became a gain for Netanyahu.