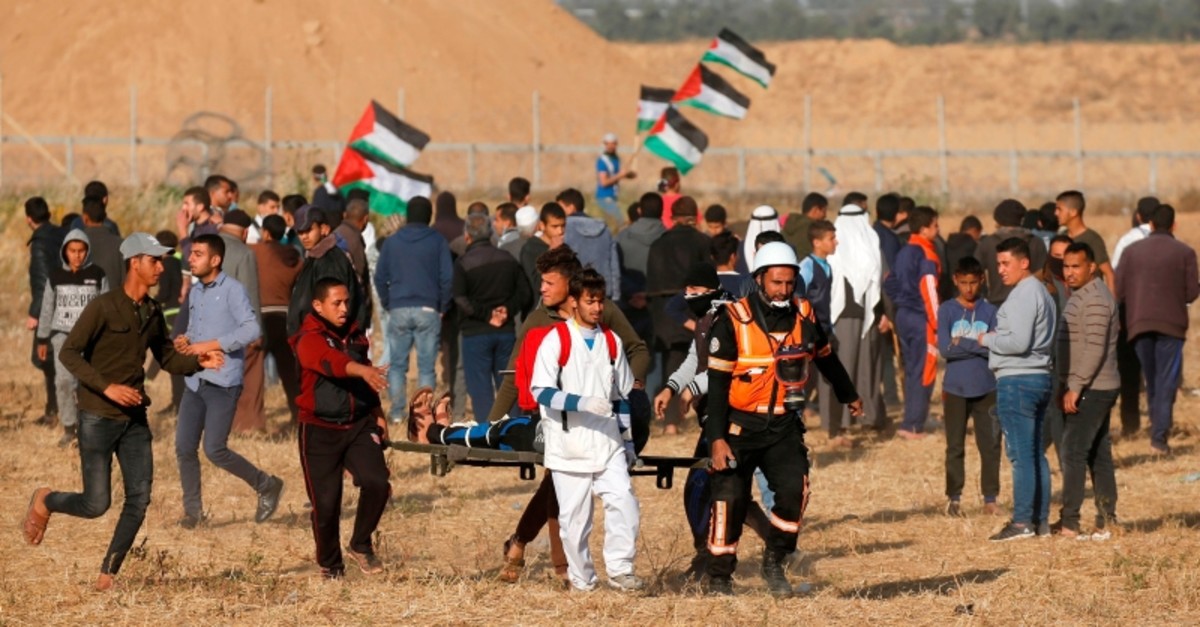 A Palestinian teen was shot dead by the Israeli army during renewed clashes on the Israel-Gaza border Friday, Gaza's health ministry said.

A ministry spokesman said 15-year-old Maisara Shalouf was "shot in the stomach by the (Israeli) occupation east of Jabalia," referring to a demonstration site in northern Gaza.

The ministry added that 30 other Palestinians were injured, without specifying how many were hit with live fire.

Palestinians flocked to the Gaza-Israel buffer zone on Friday, where they took part in ongoing anti-Israel demonstrations for the 53rd week in row.

Hundreds of demonstrators carried Palestinian flags and pro-Palestine banners, according to an Anadolu Agency correspondent covering the event.

In a statement, Gaza's National Committee for Breaking the Siege (which is comprised of several Gaza-based resistance factions) called on the people of Gaza to take part in Friday's rally.

Since Palestinians began holding weekly rallies along the buffer zone more than one year ago, nearly 270 demonstrators have been killed by Israeli army gunfire.

Egypt has brokered a deal to ease Israeli restrictions on Gaza, but the extent of facilitation is yet to be clear.