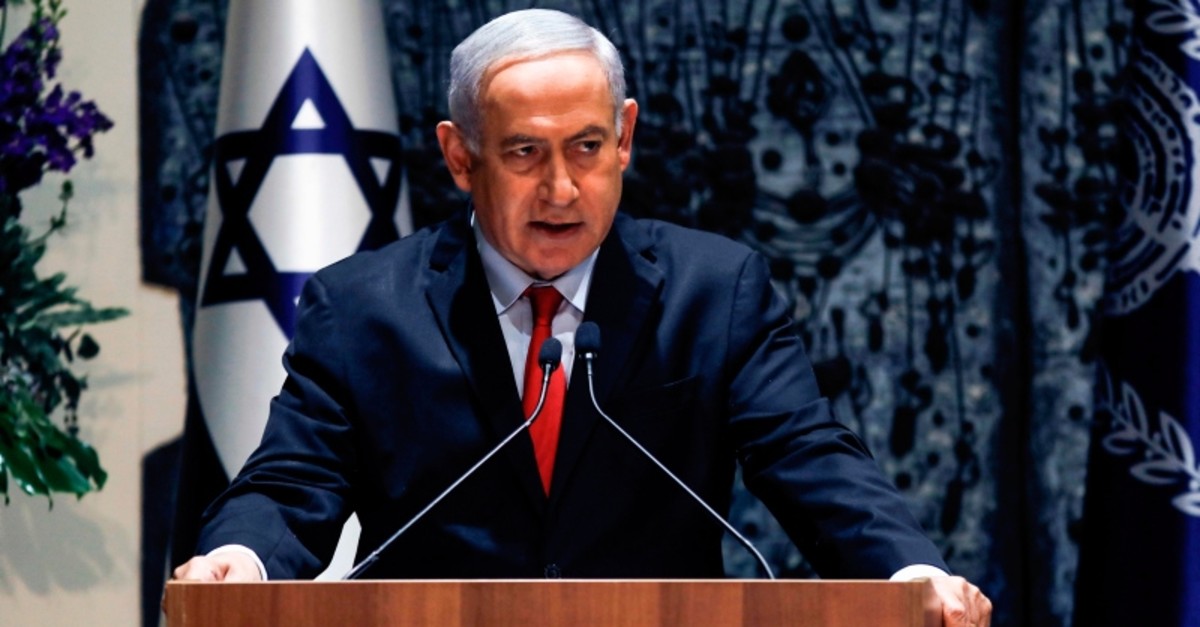 In a televised ceremony, Rivlin told Netanyahu, that in his consultations with all parties elected to the incoming 120-seat parliament, "65 MPs recommended you."

Rivlin had sounded out delegations from political parties on Monday and Tuesday.

"This is the fifth time I am taking on the task of putting together the government of Israel," Netanyahu responded.

"There is no greater privilege in democratic life."

Netanyahu now has 28 days to form a government, with a possible extension of a further two weeks.

The 69-year-old's first task will be to reconcile divergent demands from his likely coalition partners.

Netanyahu's outgoing government was seen as the most right-wing in Israel's history, and the next is expected to be similar if not further to the right.

The coming months are also expected to see the unveiling of US President Donald Trump's long-awaited plan for Israeli-Palestinian peace.

Trump has shown no sign so far that he would be willing to make significant demands of his close ally Netanyahu in connection with his plan, though even minor concessions to the Palestinians could lead to criticism from the Israeli premier's far-right coalition partners.

But the biggest danger hanging over Netanyahu is his potential indictment on charges of bribery, fraud and breach of trust.

Israel's attorney general has announced his intention to indict Netanyahu, pending an upcoming hearing. He would be the country's first sitting prime minister to be indicted.

Netanyahu is not legally required to resign if indicted, only if convicted with all appeals exhausted, but political pressure would likely be intense.

Many analysts said one of Netanyahu's main motivations in calling early elections was to be able to confront the charges with a fresh electoral mandate behind him.

In a speech on Tuesday night, Netanyahu pledged to be "everyone's prime minister".

But he also took shots at journalists reporting on whether he will appoint an ally as justice minister, who will seek changes to the Supreme Court long sought by the right.

There has been speculation that such a move could backfire and result in judges taking a harsher view of Netanyahu's alleged corruption.

"The citizens of Israel gave us full, clear-cut and unequivocal confidence," Netanyahu said.

"And these commentators threaten us with a personal price," he added, referring to speculation over a potential prison sentence.

"That's what they call democracy and the rule of law. But every time, you give them a lesson in democracy at the ballot box."