Egypt votes on referendum to extend el-Sissi's rule to 2030 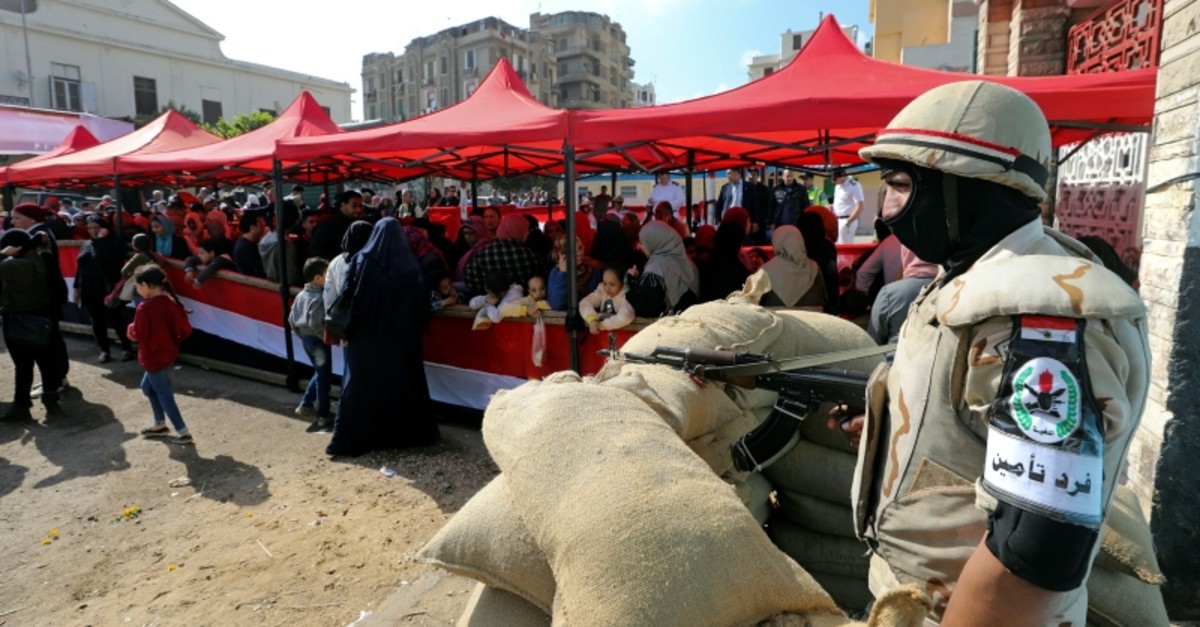 People stand in line to cast their vote during the referendum on draft constitutional amendments, at a polling station in Cairo, Egypt April 20, 2019. (Reuters Photo)
by Associated Press Apr 20, 2019 10:09 am

Egyptians were being asked Saturday to vote on constitutional amendments that would allow President Abdel-Fattah el-Sissi to stay in power until 2030.

The three-day voting period for the nationwide referendum starts at 9 a.m. (0700 GMT) Saturday on proposed changes that would also further enshrine the military's role in politics.

The proposed changes are seen by critics as another step back toward authoritarianism. The referendum comes eight years after a pro-democracy uprising ended autocrat Hosni Mubarak's three-decade rule, and nearly six years after el-Sissi led a popular military overthrow of the country's first freely elected president, Mohammed Morsi.

The vote comes as authorities waged an unprecedented crackdown on dissent in recent years, arresting thousands of people — including prominent secular activists — and rolling back freedoms won in 2011.

Two international rights groups, Human Rights Watch and the International Commission of Jurists, on Saturday urged the Egyptian government to withdraw the amendments.

Human Rights Watch said the amendments consolidate authoritarian rule. It argued that a free and fair vote would be impossible in what the group described as a relentless crackdown on fundamental freedoms.

The Civil Democratic Movement, a coalition of liberal and left-leaning parties, has urged people to participate in the referendum by voting "No."

The coalition said it used social media to spread its message, noting that it was banned from hanging banners in the streets to call on voters to reject the amendments.

El-Sissi was elected president in 2014, and re-elected last year after all potentially serious challengers were either jailed or pressured to exit the race.

The amendments declare the military the "guardian and protector" of the Egyptian state, democracy and the constitution, while also granting military courts wider jurisdiction in trying civilians.