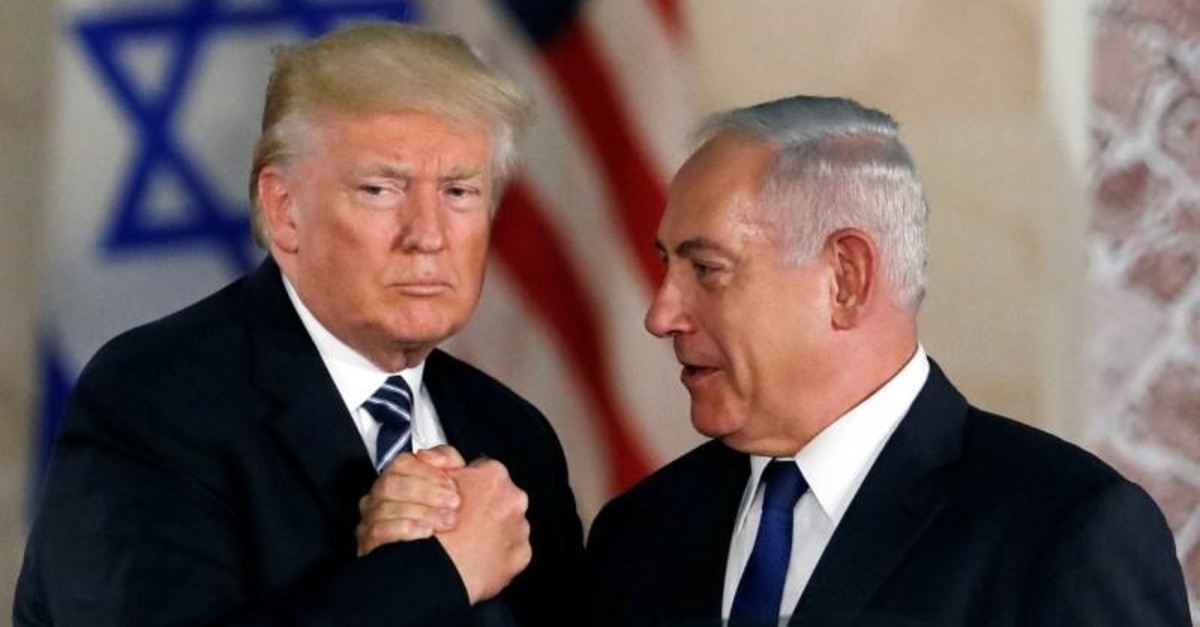 Israeli Prime Minister Benjamin Netanyahu announced on Tuesday his intention to name a new illegal settlement in the occupied Golan Heights after U.S. President Donald Trump, in a move to show his gratitude for the White House's recognition of Israel's claim of sovereignty.

"All Israelis were deeply moved when President Trump made his historic decision," Netanyahu said in a video statement concerning the strategic plateau, adding that there was a "need to express our appreciation" to President Trump. He added that after the Jewish Passover festival, he would "bring to the government a resolution calling for a new community on the Golan Heights named after President Donald J. Trump."

Trump has shifted U.S. policy sharply in Israel's favor since taking office, while breaking with longstanding international consensus. As part of generous support for Netanyahu, the Trump administration first moved the U.S. Embassy from Tel Aviv to Jerusalem, which is internationally recognized as under Israeli occupation. Moreover, the "occupied" label was omitted from U.S. government reports while referencing the Palestinian lands that are occupied by Israeli settlers. Finally, last month, Trump said that Israeli sovereignty over the occupied Golan Heights had to be recognized. The U.S. decision to label the Iranian Revolutionary Guards as a terror group has also been welcomed by Netanyahu as he considers Iran as the main national security threat to his country. The illegal settlement projects in the occupied territories were a pillar of the electoral campaign launched by Netanyahu's government.

However, according to the U.N., the Golan's legal status will remain unchanged and still be considered "occupied territory" under international law. Since the decision first made by the U.S., Turkey, along with other countries, has strongly criticized the unilateral move. President Recep Tayyip Erdoğan condemned the move, saying the decision has brought the region to the brink of a new crisis.

During the Six-Day War, fought June 5-10, 1967, by Israel and the neighboring states of Egypt (known at the time as the United Arab Republic), Jordan and Syria, Israel seized the Golan Heights from Syria. Israeli settlements in the Golan began soon after the war. Israel has been seeking to maintain its grip on the Golan Heights mainly because of its geostrategic significance due to the existence of water resources and its physical location.