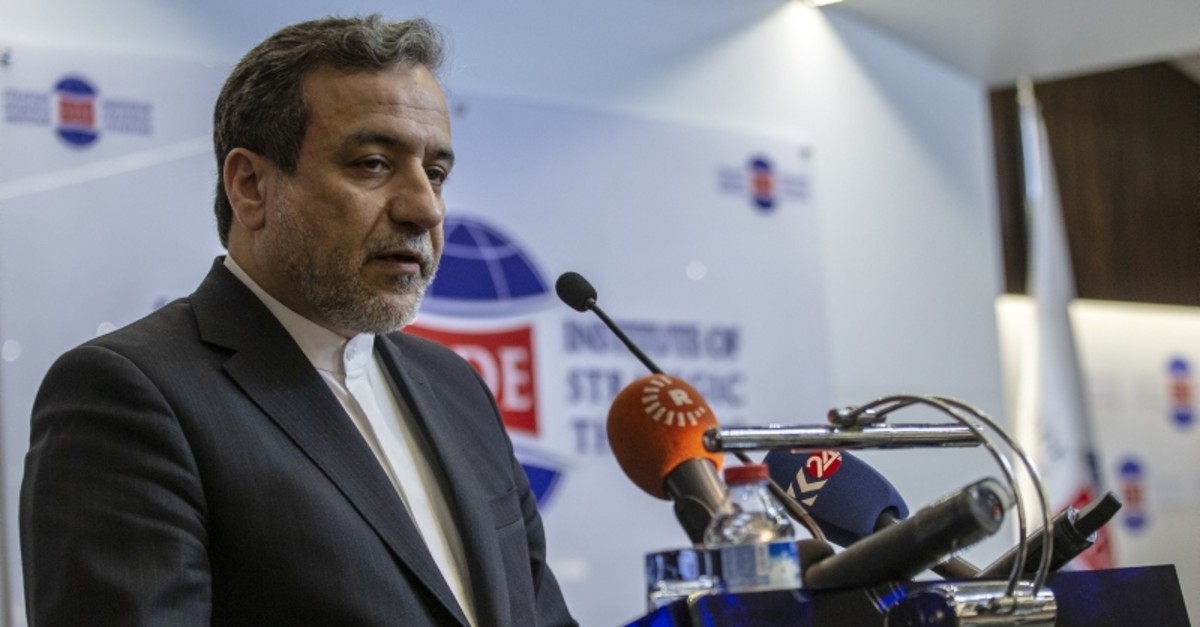 "We have given diplomacy enough time but enough is enough," the minister, who was one of the architects of the deal, wrote in the Wednesday edition of the Etemad newspaper.

He said the latest U.S. sanctions and the powerlessness of the other signatories to the deal to do anything about them had left Iran feeling hopeless. "The nuclear deal is rapidly moving toward an end point," he wrote.

U.S. President Donald Trump last year decided to unilaterally withdraw from the deal, which lifted economic sanctions on Iran in exchange for its abandonment of its nuclear weapons program.

Iran and the other signatories — the EU, Britain, France, Germany, China and Russia — agreed to continue to abide by it.

Araghchi said Iran's compliance had been certified multiple times by the International Atomic Energy Agency (IAEA) in Vienna and criticized the other parties to the deal for promising that the U.S. withdrawal would not affect its implementation, especially the economic aspects.

"In practice nothing has happened," the minister said.

The latest U.S. sanctions are set to come into force on Thursday and mean the end to waivers granted to eight countries, including Turkey, China and India, that had been allowed to buy Iranian oil despite U.S. sanctions that came into effect in November.

Those countries will now risk U.S. sanctions if they continue to buy Iranian oil.

The U.S. sanctions have crippled the Iranian economy and there are fears a further tightening on oil exports, which provide the country's main income, could cause international political and military tensions.

Iran has threatened to blockade the Strait of Hormuz, one of the world's most important shipping lanes, which could lead to military clashes as well as being a blow to the international oil trade.

The sanctions could also affect domestic politics, as they mean President Hassan Rouhani and other more reform-minded moderates have less justification for their policy of rapprochement with the West.

After six years out of office, Iran's hardliners are now hoping to make a political comeback.