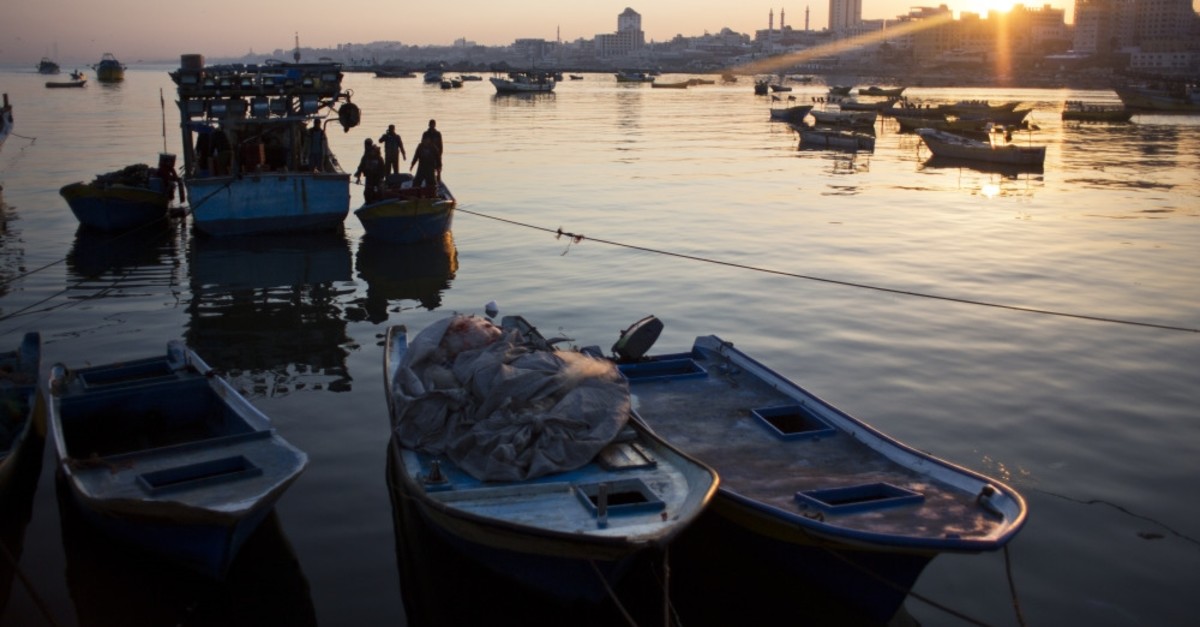 Israel reduced the offshore fishing limit it imposes for vessels operating out of Gaza starting Tuesday despite a severe humanitarian crisis and economic recession in the Gaza Strip. The Israeli move came in retaliation for rocket fire coming from the territory controlled by the Hamas resistance group.

Gaza fishermen will now be able to operate no more than 6 nautical miles into the Mediterranean, down from a limit of up to 15 nautical miles Israel had enforced since April 1. The Israeli defense ministry unit that oversees civil matters in the Palestinian territories said the new limit would be in force "until further notice."

Israel had extended the fishing limit to 15 nautical miles in some areas on April 1 as part of a package of measures intended to calm a flare-up of violence with Hamas ahead of the April 9 Israeli general election.

According to the Gaza fishermen's union, roughly 50,000 Gazans earn their living from fishing. Restrictions on the extent of fishing zones along the Gaza shoreline form part of Israel's economic blockade of the strip, which has been in place for more than a decade. After Israel's devastating military onslaught against Hamas-run Gaza in mid-2014 in which some 2,150 Palestinians were killed, Israel began allowing Palestinian fishermen to fish up to 6 nautical miles off the Gaza coast, as opposed to 3 nautical miles previously. In May, Israeli authorities increased the fishing area for Gazan fishermen to 9 nautical miles.

The Oslo interim peace accords in the early 1990s set a 20-nautical-mile limit, which was never implemented. Since then the zone has ranged in size between 3 and 6 nautical miles. Since 2007, the Gaza Strip has been under a crippling Israeli and Egyptian blockade that has gutted its economy and deprived its roughly 2 million inhabitants of many vital commodities, including food, fuel and medicine. In the long-embargoed enclave, the humanitarian situation has gotten worse each day. Last year, the World Bank warned that the Gaza economy was in "free fall," calling on Israel and the international community to take immediate action to avoid "immediate collapse" in the Palestinian territory. According to the bank, unemployment is now over 50 percent and over 70 percent among Gaza's youth.