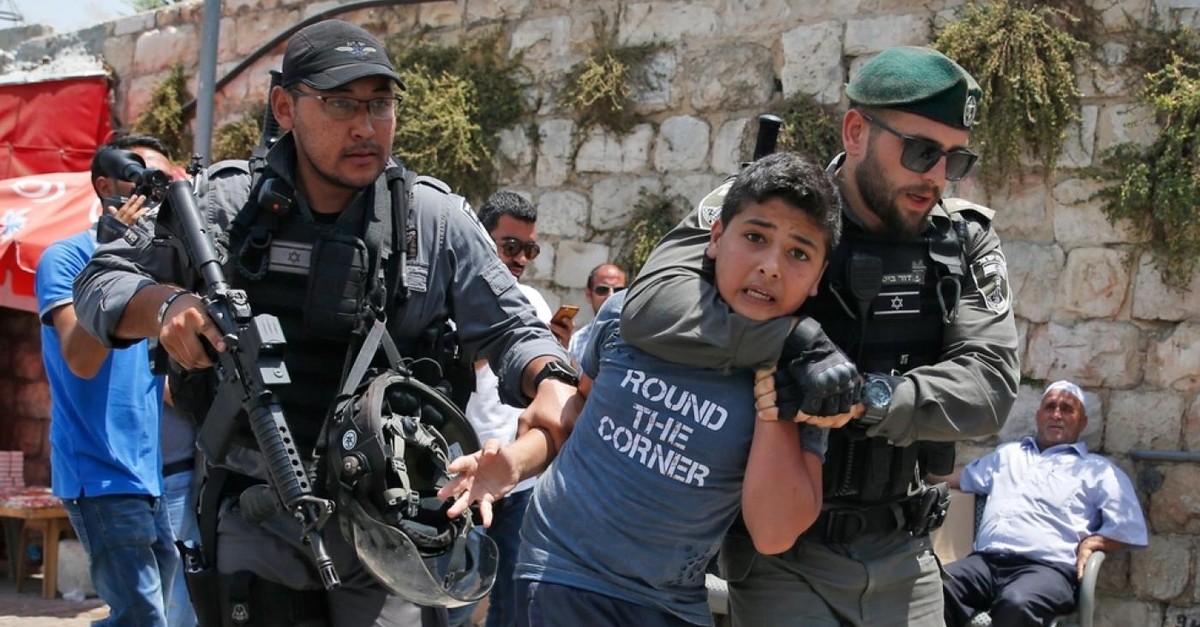 The bill would additionally authorize the creation of an annual $19 million fund to support non-governmental organizations that monitor rights abuses pertaining to the Israeli military's detention of children.

"Israel's system of military juvenile detention is state-sponsored child abuse designed to intimidate and terrorize Palestinian children and their families," McCollum said in a statement announcing the bill's introduction.

McCollum said Israel's military detention of children "must be condemned," adding that "it is equally outrageous that U.S. tax dollars in the form of military aid to Israel are permitted to sustain what is clearly a gross human rights violation against children."

Roughly 10,000 children have been detained by Israeli security forces since 2000 and subjected to military court proceedings, according to McCollum's bill.

"Israeli security forces detain children under the age of 12 for interrogation for extended periods of time even though prosecution of children under 12 is prohibited by Israeli military law," it says.

It further goes on to note that Human Rights Watch reported in 2018 that Israel's military "detained Palestinian children "often using unnecessary force, questioned them without a family member present, and made them sign confessions in Hebrew, which most did not understand."

McCollum's bill faces an uphill battle in Congress where it is likely to face near-uniform opposition from Republicans and is unlikely to garner sufficient Democratic support to clear the House if Speaker Nancy Pelosi chooses to send it to the floor.

Still, the Democratic lawmaker was adamant that "Congress must not turn a blind eye to the unjust and ongoing mistreatment of Palestinian children living under Israeli occupation."