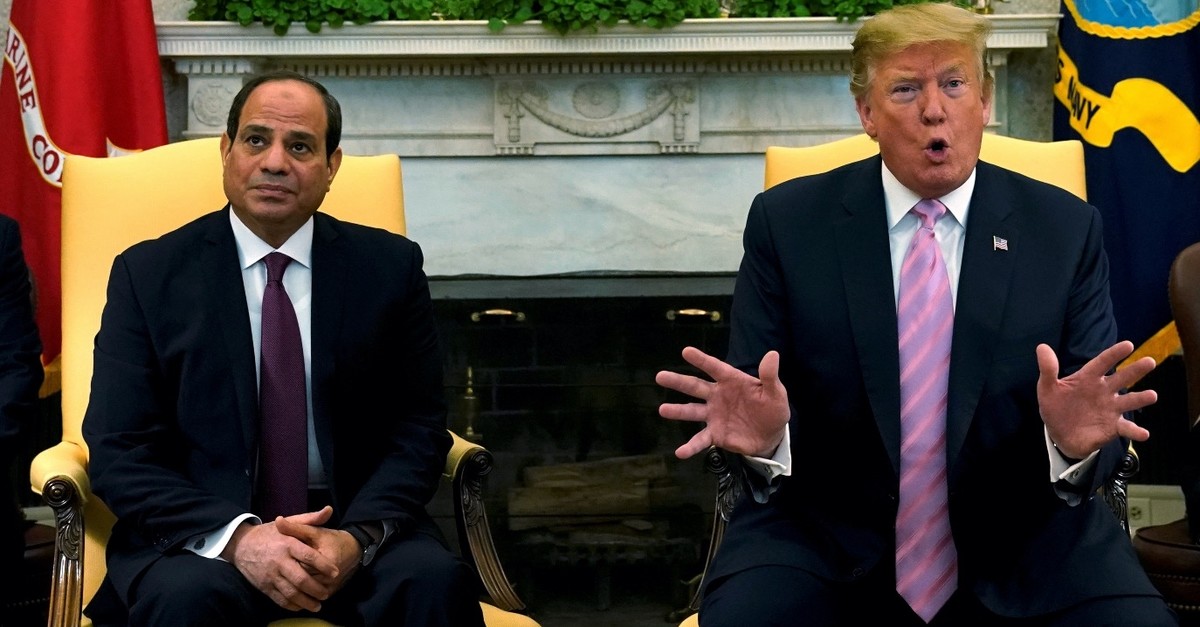 The recent rapprochement between Israel and the Gulf, with the help of the U.S., has led the Trump administration to consider labeling the Muslim Brotherhood a terrorist group

A tide of change, euphorically called the Arab Spring, swept across the Middle East and North Africa and mobilized many political groups and apolitical movements and revealed the widespread displeasure with current governments. Following these uprisings in the Arab countries, Islamist groups have found an opportunity to be involved in politics freely and legally. In Egypt, the Muslim Brotherhood-affiliated Justice and Freedom Party became successful in the last elections by gaining a large portion in the assembly. Mohammad Morsi was also elected as the president. However, the democratic atmosphere did not last long as the internationally backed army chief, Abdel-Fattah el-Sissi ousted Morsi and became the president. Since then history started repeating itself in the country as the coup regime has received large support from regional and international powers.

Among them were the Gulf countries, mainly Saudi Arabia and the United Arab Emirates (UAE). Moreover, John Kerry, who was U.S. secretary of state at that time, described the coup process as "restoring democracy" in Egypt. Although the former U.S. President Barack Obama and his administration expressed concern, it was clear that the U.S. did not want an Islamist government in Egypt due to the so-called security issue of Israel.

Saudi Arabia and other tiny Gulf countries remained silent as they did before over mass human right violations in Egypt under the rule of the coup leader and current head el-Sissi, as the countries had supported the coup through pledging billions of dollars in aid. The Gulf, especially Saudi Arabia, was afraid of a similar popular uprising in their own countries that could bring their dynasties to an end and replace them with a moderate Islamist government like the Muslim Brotherhood, of which Morsi was a member. Now, the U.S. wants to take another step and designate the Muslim Brotherhood as a terror organization.

White House press secretary Sarah Sanders said U.S. President Donald Trump met his advisers and some leaders in the region. "This designation is working its way through the internal process," she added. It is not clear whether the group can be labeled as terrorist according to the criteria put by U.S. laws. Similarly, it brings about the question what will it mean to designate the group as a terrorist group as it is found across the Middle East and North Africa. Moreover, it is unclear what it means to become a member of the group, as it is more an ideological position rather than active organization.

Despite the existence of such questions and uncertainties, it is clear that Trump's move is closely affiliated with the recent rapprochement among the U.S., Israel and the Gulf. Since Trump ascended to the presidential post, his administration has concentrated on Gulf countries for the Middle East plan, as a fresh rapprochement is observed between these countries and Israel. Similar to the U.S., Israeli Prime Minister Benjamin Netanyahu has launched an initiative to develop positive relations with Gulf countries, especially with Saudi Arabia, as Crown Prince Mohammed bin Salman is known for his soft stance toward Israel, which considers the Muslim Brotherhood a threat due to the fact that Hamas was born out of the group.