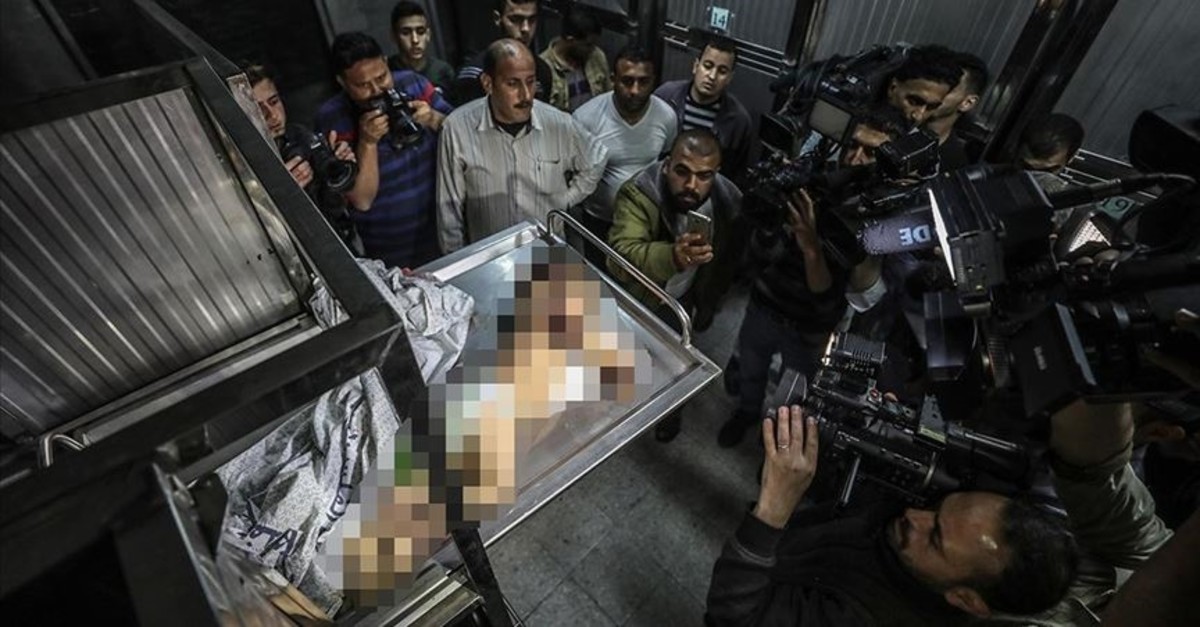 Six Palestinians, including an infant and her pregnant mother, have been killed in an airstrike carried out by the Israeli military, the health ministry said Saturday, as Israel continues its indiscriminate attacks targeting innocent civilians in the blockaded strip.

The pregnant woman, Falastin Abu Arar, 37, succumbed to wounds she sustained in the Israeli airstrike on a military post close to her house, according to the ministry.

Three Palestinian were also injured in another Israeli airstrike on Al-Shati refugee camp, according to eyewitnesses.

As tension escalated in the region, the Israeli army also announced that its artillery shelled two targets in the northern Gaza Strip.

It added that some positions of the Ezzedine al-Qassam Brigades -- the armed wing of the Hamas movement, which is running the Gaza Strip -- were targeted by Israeli tanks.

The Israeli army also announced earlier that it had closed several roads Saturday in the vicinity of the Gaza Strip and near the border fence between Gaza and Israel. The closed areas included Zikim beach near the strip's northern border.

The Turkish foreign ministry "urgently" called on the international community to act on "disproportionate actions" by Israel in Gaza.